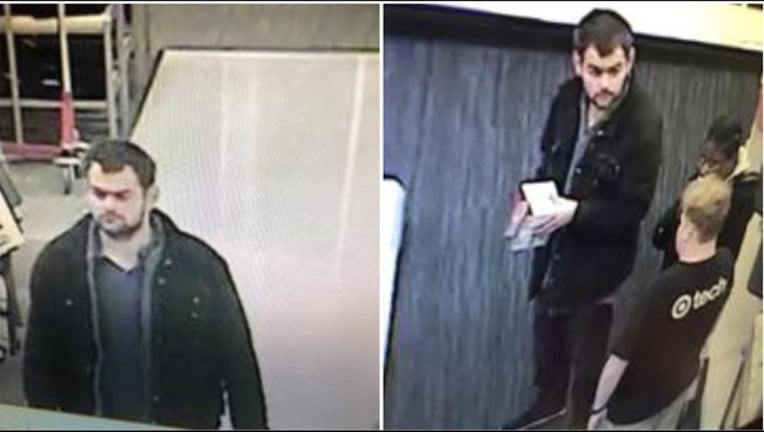 Police say a Target staffer was punched in the face after contronting this suspected shoplifter. Photo: Petaluma police

About 6:45 p.m., the suspect entered the store at 401 Kenilworth Drive. The man concealed some items in his pants and tried to leave the store, according to police.

When a staffer tried to detain him, the suspect dropped the merchandise and punched the employee, causing a minor injury, officials said.

After that, the suspect fled. No information was released about what the suspect was trying to steal.

Police released surveillance photos of the suspect and urges anyone who recognizes him to contact Officer Robert Sutherland at the Petaluma Police Department at (707)778-4372.