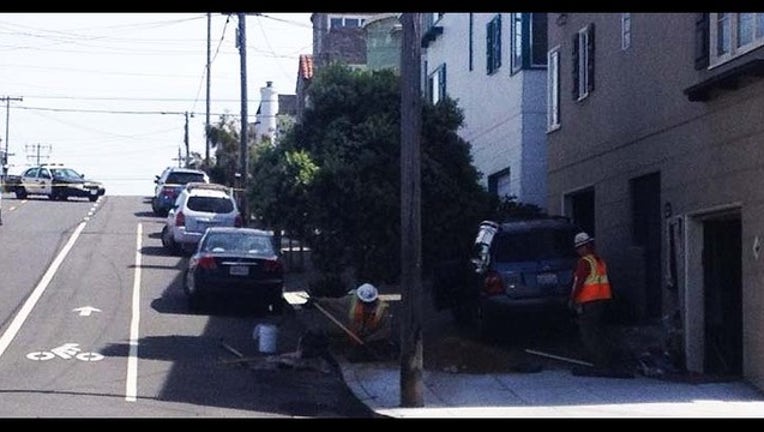 SAN FRANCISCO (KTVU) -- A SUV struck a building and caused a gas leak in San Francisco's Outer Richmond neighborhood Monday afternoon, according to a fire spokeswoman.

San Francisco fire spokeswoman Jen Balestrieri said that the driver of the vehicle struck a building on Cabrillo Street between 41st and 42nd avenues at 12:11 p.m.

The vehicle hit the building and struck a gas line. Fire officials responded to the scene and evacuated the building, according to Balestrieri.

She said one person appears to have suffered minor injuries in the crash and that PG&E crews were repairing the gas line.

The cause of the crash remains under investigation.