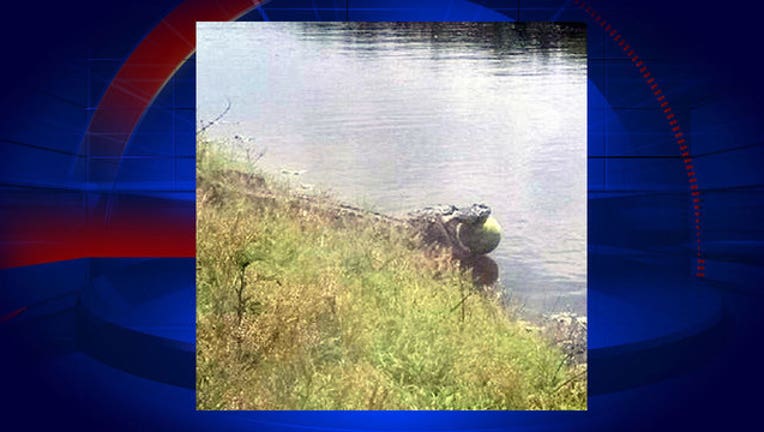 But one large gator with an apparent sweet tooth was recently photographed sliding into a canal with a whole watermelon clamped in its jaws.

The image had been shared thousands of times by Tuesday. Hendry County is east of Fort Myers, largely agricultural and in the center of the southern part of the state.

The photo stunned Steve Stiegler, a wildlife biologist in the alligator management program at the state's Fish and Wildlife Conservation Commission.

"Um," he said, chuckling. "This would be unusual. Watermelons are not generally part of an alligator's diet."

He added that the gator in the photo appears to be about 10 feet long.

Alligators are predatory carnivores that eat fish and frogs when they're small.

"As an alligator gets larger, it will eat larger fish, larger vertebrates such as snakes, birds, land mammals that get too close to the water or attempt to swim across the body of water," Stiegler said.

He said that for an unknown reason, people who illegally feed alligators often give them marshmallows. Indeed, on the Facebook post of the gator watermelon thief, several people reminisced about tossing marshmallows to gators in Florida.

"That alligator probably has a sweet tooth, and one of the more popular treats for people who illegally feed alligators are marshmallows. Alligators can taste sweet, and somehow this alligator got a taste of a watermelon and he's gone back for more."