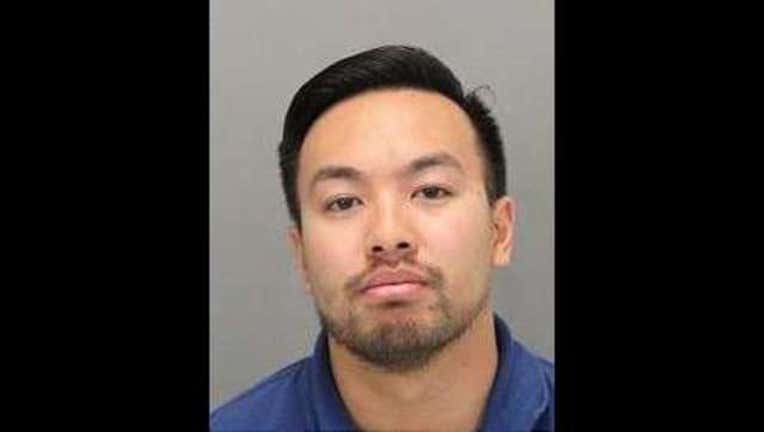 25-year-old Timothy Nguyen, an assistant swim coach at Quicksilver Team Swim, was arrested on June 22 after a task force launched an investigation based on allegations that between December 2015 and January 2017 he targeted minors and asked them for nude images and sexual favors.

Quicksilver swim team contacted police to report the allegations on May 30 2017.

According to police, three victims have been identified. Nguyen is said to have targeted both male and females. The investigation says established a texting relationship with the kids where conversation initially centered on swimming, but then became sexual in nature.

Police say Nguyen attempted to date one of the victims.

Nguyen was booked into Santa Clara County Jail on four misdemeanor counts of annoying or molesting a child less than 18 years of age and three felony counts of intimidating or persuading a witness/victim.

Persons with information related to these charges and who wish to come forward can remain anonymous may either call the Crime Stoppers Tip Line, (408) 947-STOP (7867), or click the "Submit a Tip" link below. Persons providing information leading to the arrest and conviction of the suspect may be eligible for a cash reward from the Silicon Valley Crime Stoppers.