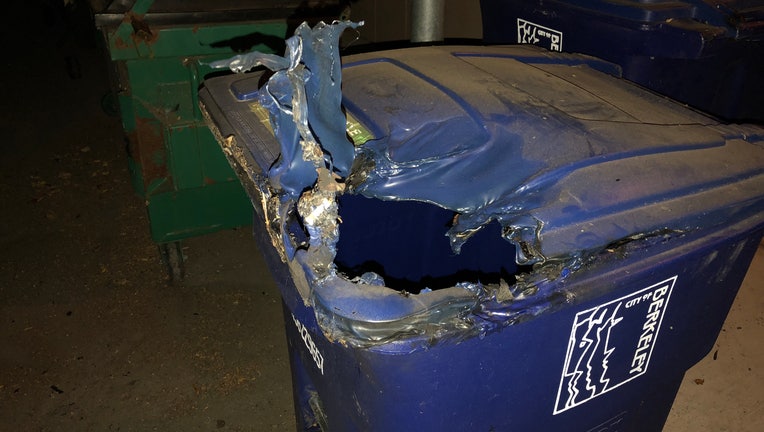 A trash bin was burned outside Netivot Shalom in Berkeley.

BERKELEY, Calif. - A woman was arrested for allegedly setting a plastic trash can on fire at the rear of a Jewish synagogue in Berkeley, police said Monday.

It's at least the second similar such fire in Berkeley at a house of worship in the last two weeks.

Someone set at least one trash container on fire at the rear of The Way Christian Center on July 29.

The two houses of worship are nearly across the street from one another. Police said the fire Thursday night was at Congregation Netivot Shalom at 1316 University Ave. Firefighters went at 8:51 p.m. to the synagogue and found the fire was essentially out after bystanders extinguished it. Crews made sure and told police that it may have been arson.

Police said officers spoke with witnesses and reviewed surveillance video footage and located the 39-year-old suspect in Ohlone Park on Friday. Her name was not released by police. Police did not say whether the two fires were related.

Leaders of The Way Christian Center believe the fire at their church was an act of racial terror.