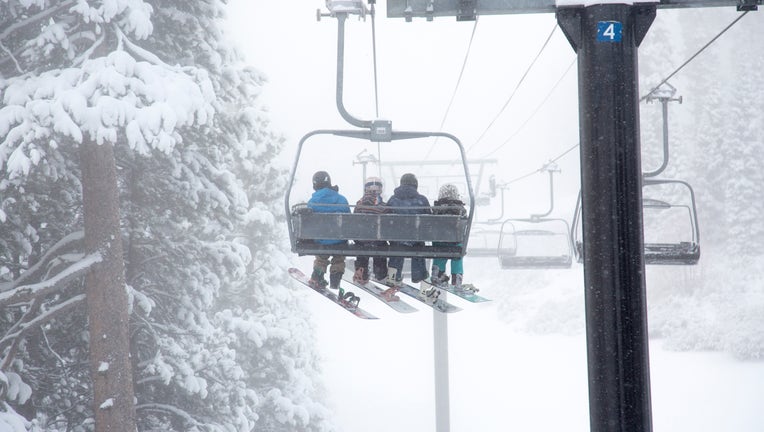 RENO, Nev. - Free parking, as precious to some skiers as virgin mountain powder, has returned to one Lake Tahoe resort but not before its corporate owner waged an expensive year-long legal battle with two season-pass holders.

An 80-year-old attorney and another man whose first job out of college was parking cars at the mountain now owned by Vail Resorts filed separate lawsuits when Northstar California replaced traditional free parking with $20 daily fees ($40 weekends) — after they'd purchased their passes.

Unlike visitors from San Francisco who spend the weekend skiing, locals like attorney Steven Kroll and Robert Grossman make a few quick runs in the morning then jump in their nearby cars to head for work.

Both navigated the steep slopes that way for decades. They never imagined the uphill battle they’d face when they learned months after they’d renewed their passes for 2019-20 it would cost them $2,000 for the season to park in the lot they’d used for free for years.

Grossman eventually won a small claims court judgment for $692 plus $135 in costs.

Kroll came away with nothing after he was buried in an avalanche of opposition filings and agreed to dismiss his federal lawsuit for fear of being ordered to pay hundreds of thousands of dollars in legal fees and expenses.

“Never pick a fight with a big bully,” said Kroll of Crystal Bay.

Last October, Grossman started hearing rumors about an unannounced policy change. So he called Northstar to see if it was true that the only free parking would be a mile-plus away with a shuttle bus he figured would add an hour to each visit, dragging his equipment up steps with an extra walk the length of three football fields.

“I told them all you have to do to come out smelling great is give a parking pass to any season skier who asked for one,” he recalled. “They told me to go pound sand.”

Vail defended the fees as a way to help ease traffic congestion and speed overall access to the slopes. The company declined to comment on the lawsuits.

Grossman won in small claims court — where formal legal representation is prohibited — because the pass said refunds were allowed for those who didn’t ski once all season.

To his surprise, the district court upheld the judgment. Grossman expected another appeal but recently received payment.

Kroll began his half-century of legal experience as student body president of the University of California, Berkeley's law school in 1969 “when there was tear gas in the streets.”

“I’ve always been fighting these sorts of things with people who feel they can just run over you,” he said.

Kroll followed unsuccessful requests for reimbursement with a letter to Vail CEO Rob Kratz threatening to sue last October. He filed suit Dec. 6 in federal court in Reno seeking $200,000 in actual and punitive damages for himself and a friend.

“It is about turning plaintiff’s $429 senior value pass into a $2,429 bait-and-switch burden and fundamentally altering the ski experience that they had been led to believe they were paying to renew,” the lawsuit said.

Vail filed motions to dismiss, arguing a subsidiary — not the parent company — was the appropriate defendant and Nevada wasn’t the proper venue given the corporation was created in Delaware, has its principal place of business in Colorado and Northstar is located in California.

Vail Resorts and its 37 subsidiaries operate resorts in 14 states, Canada and Australia.

Kroll said it was a stall tactic intended to make his claims moot when the season ended.

“The body and neck holding all those many corporate heads belongs to Vail Resorts Inc., a corporate behemoth with a capitalization of about $10 billion and more than 40 million shares outstanding," he said.

Kroll said Vail's lawyers made it clear during a court-ordered settlement teleconference that lasted 12 minutes they'd do whatever necessary to delay a hearing.

The tipping point came when the judge threatened him with sanctions for the first time in his career.

“I thought, this does not look good,” Kroll said. “They had a law firm with 80 lawyers and all I had was me and my secretary. ”

Kroll dropped his case. He and Grossman are skiing elsewhere.

“Guest feedback” and COVID-19 contributed to the decision to reinstate previous free parking options, he said in an email to The Associated Press. “The ultimate goal of all operational decisions is to provide our guests the best overall experience when visiting our resort."