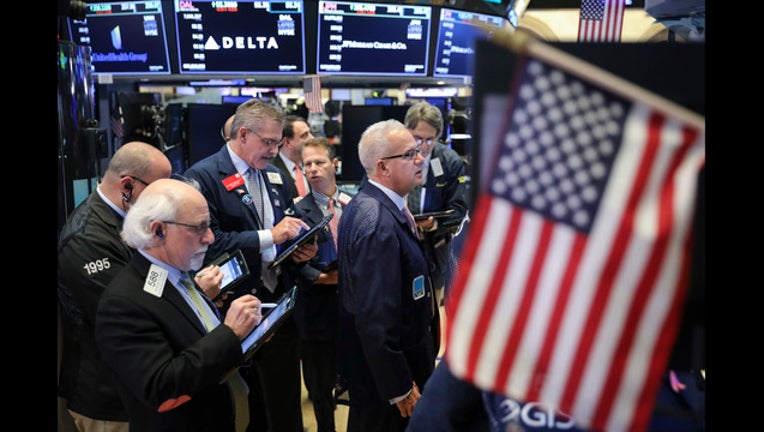 NEW YORK (AP) - Stocks rallied Wednesday as investors were relieved to see that the U.S. midterm elections went largely as they expected they would. Big-name technology and consumer and health care companies soared as the S&P 500 index closed at its highest level in four weeks.

Democrats won control of the House of Representatives while Republicans kept a majority in the Senate, as most polls had suggested. It's not clear how the divided Congress will work with Republican President Donald Trump, but if the possibilities for compromise and big agenda items seem limited, Wall Street is fine with that because it means politics is that much less likely to crowd out the performance of the strong U.S. economy.

"The market likes when what it expects to happen happens," said JJ Kinahan, chief markets strategist for TD Ameritrade. "We haven't had that happen in a little while, when you think about major events like Brexit or the presidential election."

Historically markets have performed well after midterm elections and with split control of Congress.

Stocks are off to a strong start in November, and the S&P 500 is up 3.8 percent so far this month. That follows a swoon in October that knocked the S&P 500 down nearly 7 percent as investors worried about rising interest rates and the U.S.-China trade dispute.

High-growth stocks took an especially brutal beating last month. Quincy Krosby, chief market strategist at Prudential Financial, said it will be worth watching to see if investors are willing to buy those stocks again or if they continue to prefer slower-growing, more "defensive" companies like utilities and household goods makers.

Steady, "defensive" stocks lagged the rest of the stock market. Those companies, which include utilities and household goods makers, tend to do well when stocks are in turmoil, but they're less appealing when investors are betting on economic growth.

Industrial companies made strong gains, but they didn't do as well as the rest of the market. While some investors hope that Trump and Congressional leadership will pass an infrastructure stimulus bill, they've had those hopes dashed more than once since he took office.

It's not clear how the elections will affect the Trump policy Wall Street might be most concerned about: the trade dispute with China. Trump has imposed taxes of up to 25 percent on $250 billion of Chinese imports and threatened additional tariffs on top of those. Beijing has responded with tariffs on $110 billion of American goods.

A primary concern in Asia is the potential for trade tensions to hobble growth for export-reliant economies.

Economists at S&P Global, Oxford Economics and the Bank of America all agreed that government gridlock will likely result from the Democrats winning control of the House. But they don't think a stalemate will automatically hinder economic growth.

It's more likely that government will play less of a role in spurring economic growth in 2019 and 2020. As a result, the health of the global economy, interest rates set by the Federal Reserve, and spending by U.S. consumers and companies will have a bigger impact on determining the pace of growth.

The Federal Reserve is also meeting Wednesday and Thursday. It's not expected to raise interest rates this month, but investors believe it will do so in December.

Banks also didn't rise as much other stocks. Republicans had discussed a new round of tax cuts if they maintained full control over Congress, which would have expanded the government's deficits further and required it to issue more debt. Government bond yields spiked overnight after a batch of strong early results for some GOP candidates, but then headed lower as Democrats' fortunes improved, making a new tax cut package unlikely.

Democrats' victory in the House also means that Rep. Maxine Waters will likely become chairwoman of the House Financial Services Committee, which oversees the nation's banking system and its regulators. Waters has called for more regulation of banks, and has been vocal about Trump political appointees moving to roll back regulations on banks and other financial services companies.

The yield on the 10-year Treasury note rose slightly, to 3.22 percent. It spiked as high as 3.25 percent Tuesday night.

October is historically a rough month for stocks, though markets usually rise after midterm elections regardless of how the political landscape may change because Wall Street is glad to have more certainty.

Democrats' win in the House means Republicans won't be able to take another shot at repealing the 2010 Affordable Care Act, which extended health insurance coverage to millions of Americans. Voters in Idaho and Nebraska all voted to expand Medicaid, and the winning gubernatorial candidates in Maine and Kansas also favor expanding Medicaid benefits. Voting on a Medicaid expansion proposition in Utah was too close to call.

Marijuana stocks jumped after Michigan voted to legalize recreational marijuana and Utah and Missouri voters approved medical marijuana measures. The stocks rose even further after the resignation of Attorney General Jeff Sessions, who promoted more aggressive enforcement of those laws. Tilray vaulted 30.6 percent to $139.60 and Canopy Growth rose 8.2 percent to $46.07.