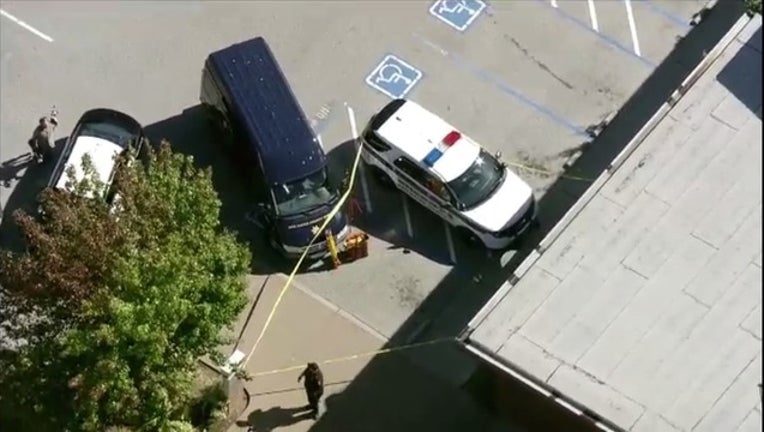 A teen was stabbed on June 9, 2017 outside the Millbrae Library.

MILLBRAE, Calif. (KTVU) -- A transient man allegedly stabbed a 13-year-old boy multiple times Friday afternoon in Millbrae, in what appears to be a random and unprovoked attack, according to a San Mateo County sheriff's detective.

The stabbing occurred at about 2:30 p.m. outside of the Millbrae Public Library, located at 1 Library Ave.

The suspect, described only as a 40-year-old man, randomly approached the teen and then began stabbing him, Detective Salvador Zuno said.

The boy was taken to a hospital with injuries to his arms, according to Zuno.

Sheriff's deputies located the suspect and have taken him into custody. His identity has not been released.

Zuno described the incident as "completely random," adding, "There's no other explanation."

The incident remains under investigation and sheriff's officials are asking residents to avoid the area.