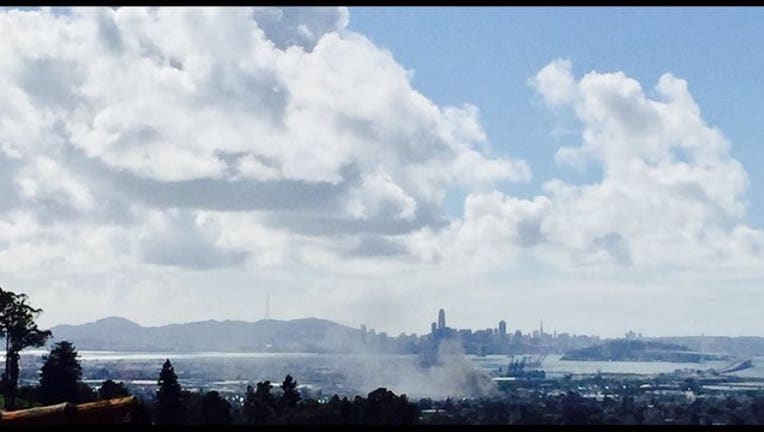 The fire was reported at 3:25 p.m. at 34th Street and Peralta Avenue, just south of Interstate Highway 580.

A fire dispatcher said the person who called said a tent was on fire.