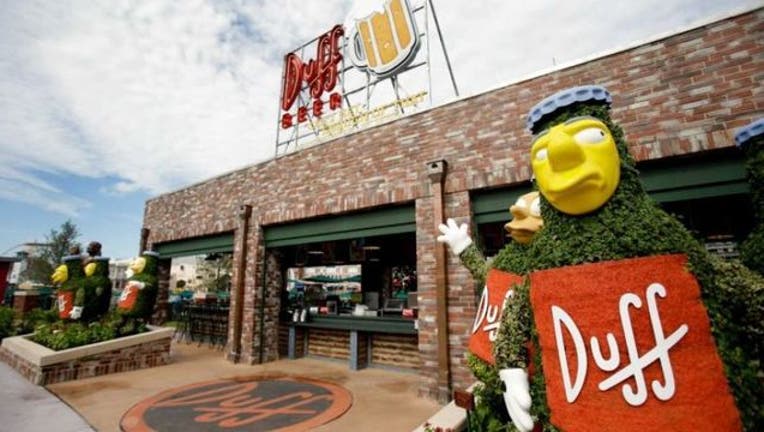 (FOX 11) -- Homer Simpson's favorite beer will soon be a thing on store shelves and bars across the world.

21st Century FOX has reportedly been working with a brewmaster to get Duff Beer just right, according to the Wall Street Journal.

The company is planning "subtle packaging" to make an exact replica of the cartoon brew and serve as an inside joke for "Simpsons" superfans.

Duff Beer will reportedly begin in Chile, and eventually roll out to more of South America and Europe by early 2016.

Why Chile you might ask? FOX has been reportedly fighting unauthorized versions of the beer in Chilean market.

As for the United States, Jeffrey Godsick, president of the media company’s consumer products division, told the WSJ:

"I think there’s potential to have Duff everywhere in the world."

"The Simpsons" is the longest-running scripted series in television history. It's been so widely distributed that executives say an episode is airing somewhere in the world -- at all times -- 365 days a year.

"To alcohol! The cause of, and solution to, all of life’s problems." --Homer Simpson