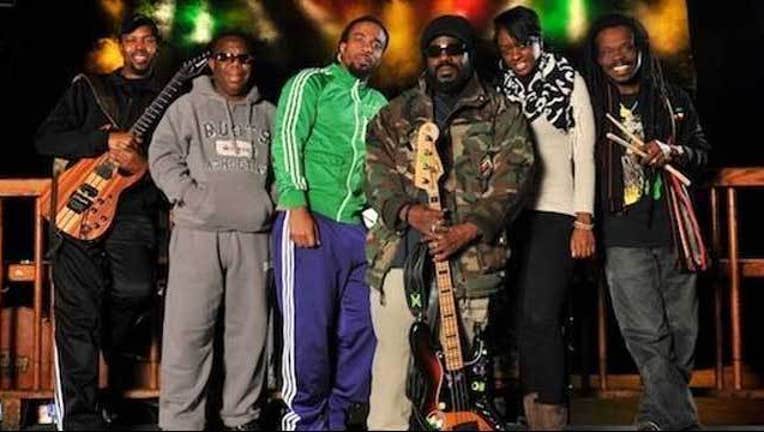 One of the most renowned backing group's in modern music history, the legendary Wailers helped reggae icon Bob Marley establish his signature sound and spread the gospel of their Jamaican groove worldwide with album sales in excess of 250 million copies.

Formed in 1969 when Marley and his musical partners Bunny Wailer and the late Peter Tosh recruited the Barrett brothers -- bassist Aston "Family Man" and drummer Carly -- from Lee Perry's Upsetters to serve as the core of their instrumental support, the Wailers would provide the rhythm for countless Marley hits through the reggae great's death in 1981.

While Carly Barrett passed away in 1987, "Family Man" and an assortment of players -- occasionally including the likes of longtime guitarist Al Anderson and original I-Threes vocalist Marcia Griffiths -- have continued to tour the globe as reggae's leading ambassadors. With current lead singers Dwayne "Danglin" Anglin and Kevin "Yvad" Davy and Barrett's son Aston Barrett Jr. on organ and percussion, the band comes to the Alameda County Fair to play classic Marley favorites and newer original material.