OAKLAND, Calif. - Every Sunday, members of Reunion Oakland Church unpack their van to convert Oakland International High School into a place of worship.

But the last couple of Sundays, the congregation has had to make do with the few supplies it's been left with, after someone stole the church's van along with what was inside: the equipment and material needed to set up church. 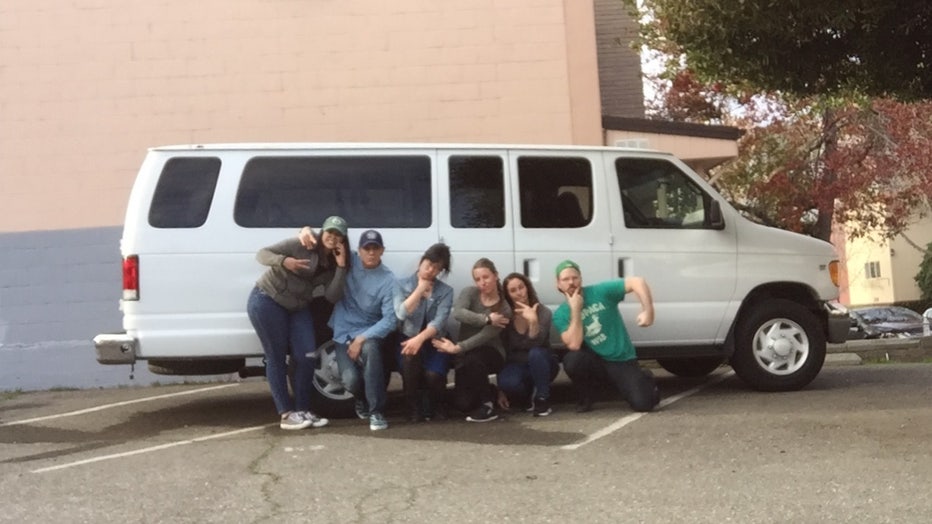 On Jan. 9, the van went missing off the residential street that it's parked on when not in use.

Two days later, police were able to recover the vehicle, but it was stripped down, left inoperable, and most everything inside was stolen -- about $20,000 worth of items.

"So expect for a few things inside the van, they took everything," said Reunion Pastor Andy Madsen, "kids ministry supplies, rugs and snacks and toys, a child's safety gate, tech and AV equipment for our connection teams and signage. So all of the stuff." 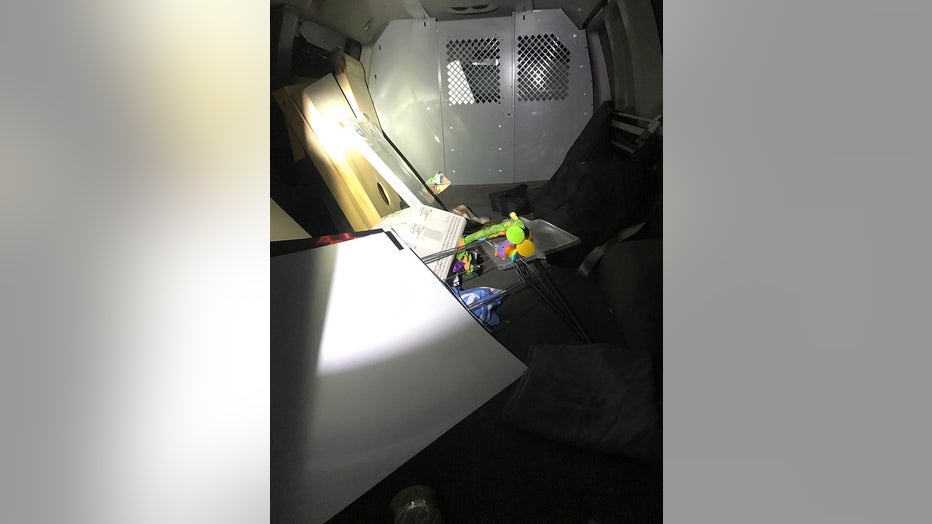 This photo showed the interior of the ransacked, stripped down van, after it was recovered by police.

The pastor did add that interestingly, the thieves left a few items, including a cornhole game set, along with some Bibles, as well as goblets the church uses for communion.

"They left six of our communion chalices. They're pretty special to me," Madsen explained, adding, "That meant a lot to me that we still have those, because they have a lot of memories."

The van was critical to the mobile operation of the young church which started up only about a year out of Oakland International High School in the city's Temescal neighborhood. 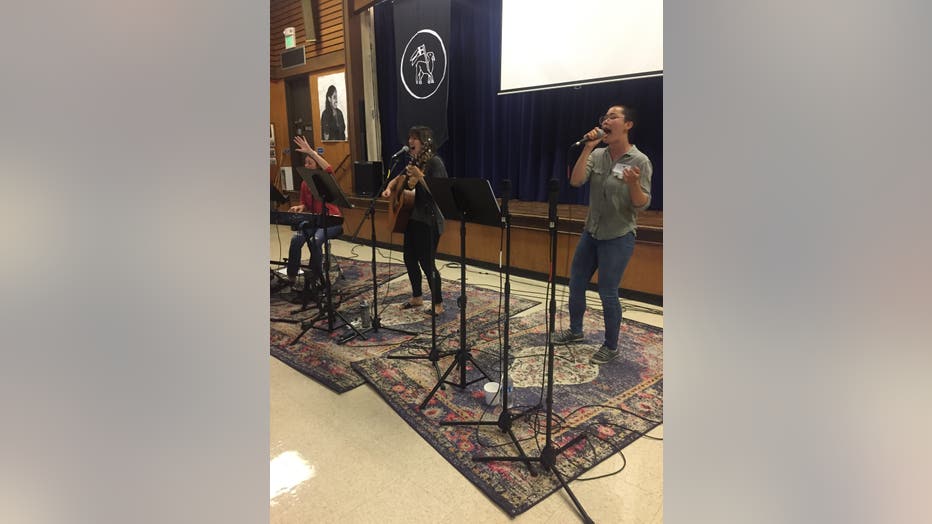 The pastor said it started working out of the campus with a desire to build a relationship with the school. 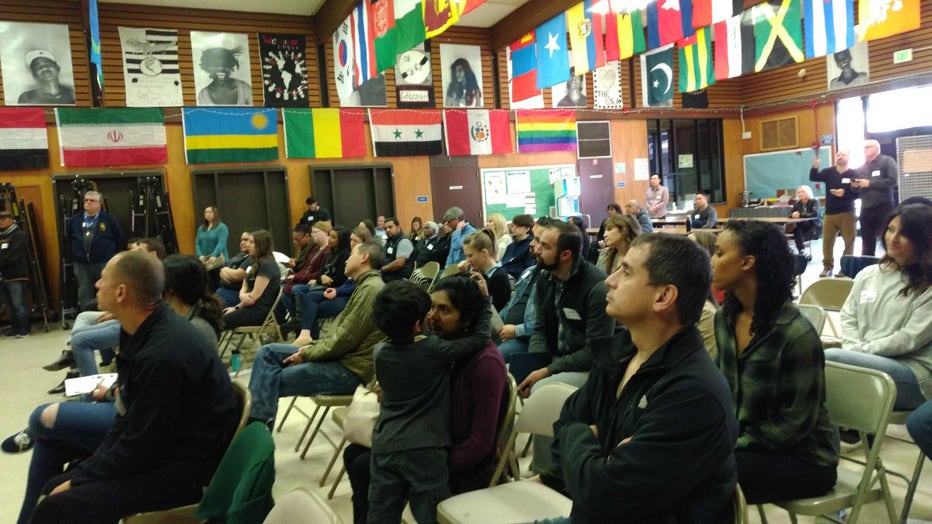 "Oakland International serves the refugee immigrant population of Oakland, and we were excited to meet there as church," Madsen explained. He said it also has allowed the congregation to invest in the school itself, as members take part in campus clean-up efforts, serve lunch to the staff, and offer their support to the teachers.

"They're part-time teachers, part-time crisis counselors, social workers and so many things," the pastor said. "We're asking the teachers, 'How can we support you and make your lives better?'"

It's not only the school staff the church seeks to help, but there are events aimed at providing school material and other donations to help Oakland International students and their families. 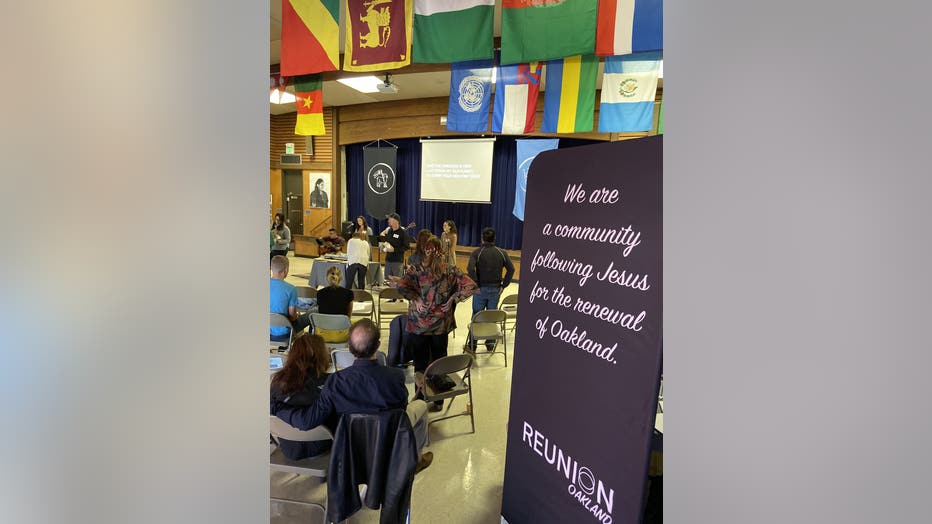 Reunion also uses its resources to work with the non-profit CityTeam, which provides meals and shelter to those in need.

That's why the loss of the van and church supplies has been such a blow to the congregation, according to Pastor Madsen, who said community outreach is a critical component of what they seek to do.

"That's where I want the money to go, so that's our heart. That's where we want our resources to be directed, where it's needed the most," Madsen said, "So it's a big set-back. We have had to do things a lot smaller."

In the meantime, the church is moving forward and has set up an Amazon wish-list for some of the items it's lost, and donations are being collected through its website's giving page.

In addition to the $20,000 worth of supplies it's seeking to replace, Reunion is also hoping to get another vehicle to store its equipment and supplies. And church leaders have already identified a location at a congregant's home which will offer a more secure place to park that vehicle.

While the church continues to figure out ways to operate with less, there has been an upside to the loss, according to Madsen, who said the experience has provided a wonderful reminder of the beauty of community.

As news spread about the theft, folks have been donating and loaning items so the church can carry on. Other congregations in the area have stepped up and offered help.

"People have been very generous, kind, and very encouraging," Madsen said, adding it's all reminded him of "The Grinch Who Stole Christmas," because like the story, in the end, nothing could take away the essence of the gift that they have in their church body.

"What made them a church couldn't be taken, could not be stolen -- the heart of what makes a church and church family," Madsen said, "So I've just been really thankful."