It's not the first time Good Karma Bikes in San Jose was targeted by thieves. The non-profit, which refurbishes and sells bikes to help the homeless says the culprits went to great lengths to steal three road bikes.

SAN JOSE, Calif. - Thieves have targeted a nonprofit in the South Bay that refurbishes and sells bikes to help the homeless and it’s not the first time.

“They knew exactly the three highest valued bicycles that we had so it’s a good deal of research they did on us,” said Good Karma Bikes Founder/CEO Jim Gardner.

Gardner said thieves stole three road bikes, a Cannondale and two Raleigh bikes valued at $700 from the upper deck of a rack. Gardner said the two burglars climbed up a pole, went on the roof and slid through an open window.

Gardner said once inside the building, the burglars came in through a gap in the chain link fence to gain access inside the store. The thieves then walked out the front and back doors with the three bikes. Surveillance cameras captured their actions.

“In a weird way I’m impressed,” said Gardner. “I wish they would turn that intellect and creativity into something positive.”

Four days prior, in the overnight hours, thieves stole the shop's cash drawer. There was no cash was inside but the burglars made off with a computer. He’s unsure if it’s the same crew.

The nonprofit serves low-income and homeless people-- some who learn how to repair bikes and then earn them for their work. The owner said the sale of the stolen bikes would have benefited 50 people.

“I was feeling disappointed mainly because I feel we do so much for the community via our programs,” said Arias.

Back in 2017, burglars used a rock to smash the front window and stole $3,000 worth of merchandise. That time, a philanthropist heard the news and donated $5,000. The owner hopes more good karma will come their way.

Gardner said from the video the thieves appear to be two men ages 25 to 35. They were wearing hoodies and dark-colored clothing at the time. San Jose Police now has the surveillance video. 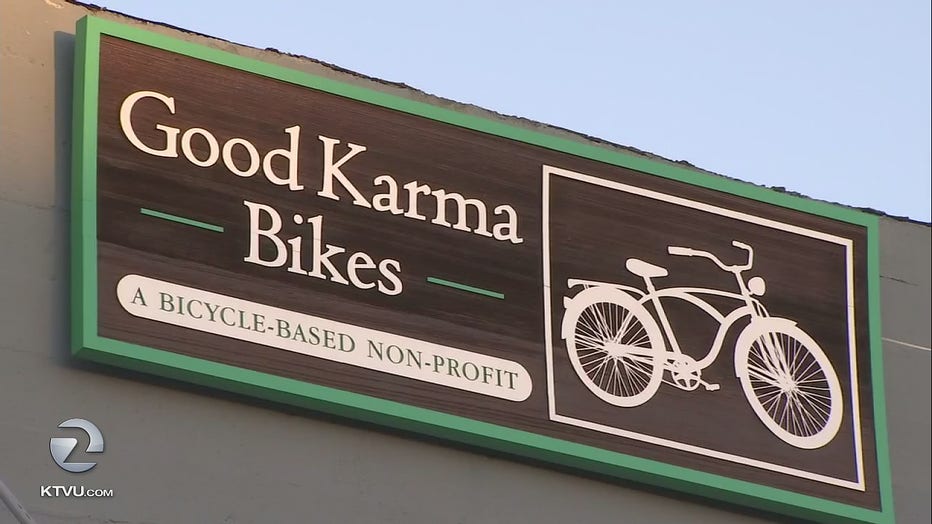