Several rallies were held Saturday. A protest, organized by the Armenian Youth Federation, was held at noon in front of the Turkish Consulate on Wilshire Blvd. in Beverly Hills.

LOS ANGELES - On the 106th anniversary of the Armenian Genocide, President Joe Biden became the first US president to officially recognize the killing of more than a million Armenians as genocide.

Each year on April 24, millions of people around the world hold protests and rallies to honor the 1.5 million lives lost during the genocide and urge Turkey and the US to recognize the genocide.

But this year will be different. A happier tone, a sense of relief and celebration for so many in the Armenian community as the US has formally recognized the genocide.

Thousands of people have gathered in Los Angeles for the annual Armenian Genocide Remembrance Day rally and march.

"It means a lot, this has never happened in history. They are finally being blamed for what they did over 100 years ago. I think it’s huge, huge for the Armenian people and it’s not going to stop our fight. There’s a lot more to be done, it’s a very good first start to it," said one young demonstrator.

Several rallies were held Saturday. A protest, organized by the Armenian Youth Federation, was held at noon in front of the Turkish Consulate on Wilshire Blvd. in Beverly Hills.

Another large-scale rally was held in Hollywood. Demonstrators have been chanting, singing, and waving signs.

Hasmik, a member of the Armenian Youth Federation, says this protest is to honor the lives lost and pay tribute to her ancestors.

She told FOX 11 that Biden’s recognition was a direct response to the activism coming from the youth.

Demonstrator speaks about the importance of Biden’s Armenian genocide recognition

"We see the recognition from President Biden is a testament that activism works. This is a tribute to the generations of Armenian people, supporters, and allies that have fought day in and day out to get this recognition," she stated.

Several people have been selling t-shirts and other items to collect funds to help rebuild churches and buildings that were destroyed this past fall during the war in Artsakh. 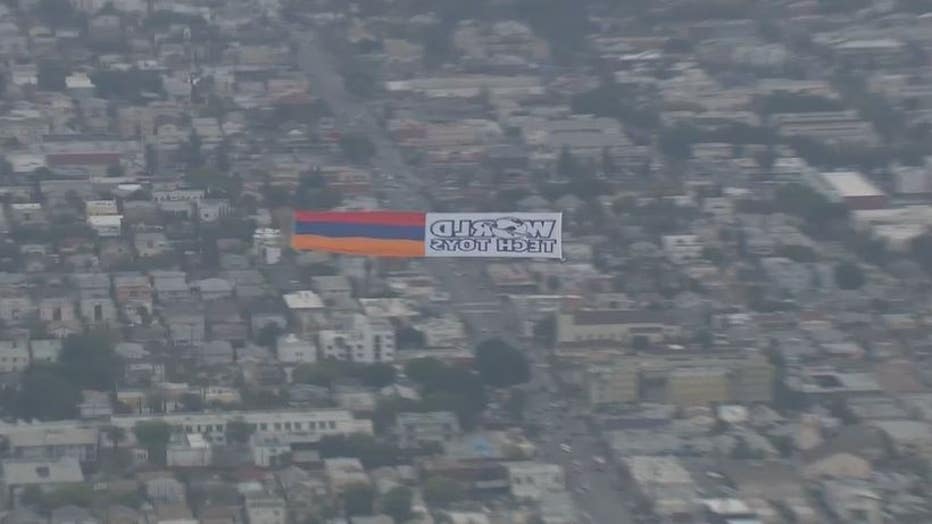 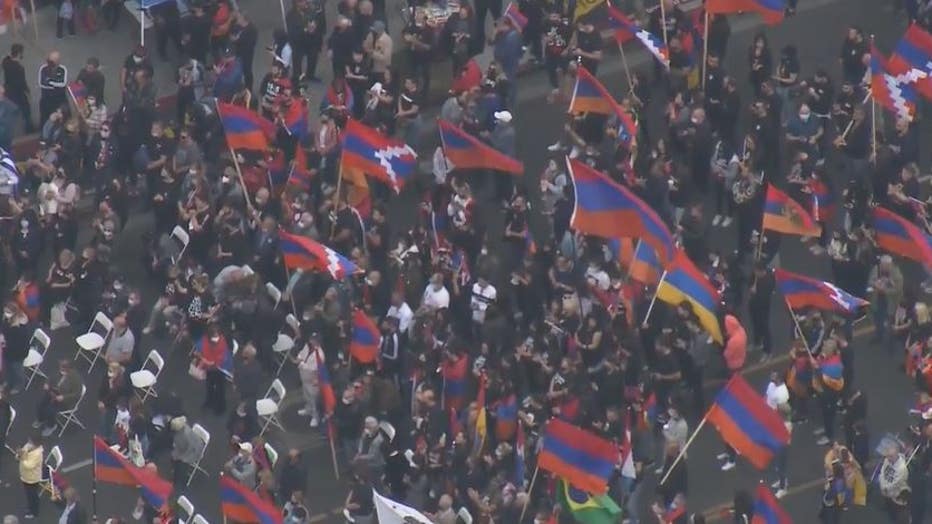 Later Saturday, Glendale planned to host its 20th annual Armenian Genocide Commemoration Event in a virtual format. The ceremony will be livestreamed at 7 p.m. on the city's Facebook and Instagram pages, as well as its YouTube channel.

Similar rallies are taking place around the US and in several other countries.
Video from The US Armenians, shows large crowds gathering in New York, Philadelphia, Syria, Sydney and Yerevan, the capital city of Armenia.

However, several people we spoke with say the work isn’t done yet, but Biden’s message is a clear path forward.

"Our fight doesn’t stop here, the violence is still being continued by Turkey and Azerbaijan," Hasmik stated.

Currently a hundred plus Armenian POWs are being held by Azerbaijani forces, following the war. The goal of the community is to put pressure on Azerbaijan and Turkey to free all POWs.