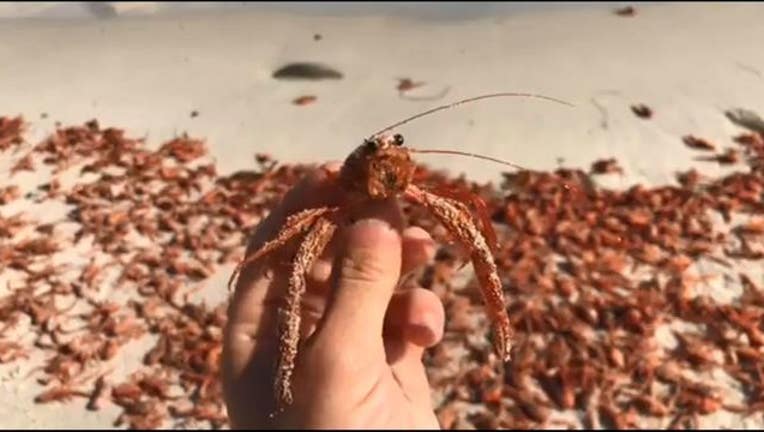 Courtesy of the Monterey Bay Aquarium

According to Patrick Webster, Social Media Content Creator at the Monterey Bay Aquarium, pelagic crabs - also known as tuna crabs or lobster krill - being stranded on shore is a typical occurrence.

The crabs are typically found in Southern California and off the Bajo area, but can make their way up the coast.

"No one is entirely sure why the stranding occur, except they do - all the time," said Webster.

Webster says the pelagic crabs were "famously" stranded on a Monterey County beach during the "massive" El Nino of 1982-1983. The crabs were so thick and abundant the seagulls ate so many they were having a hard time flying away, said Webster.