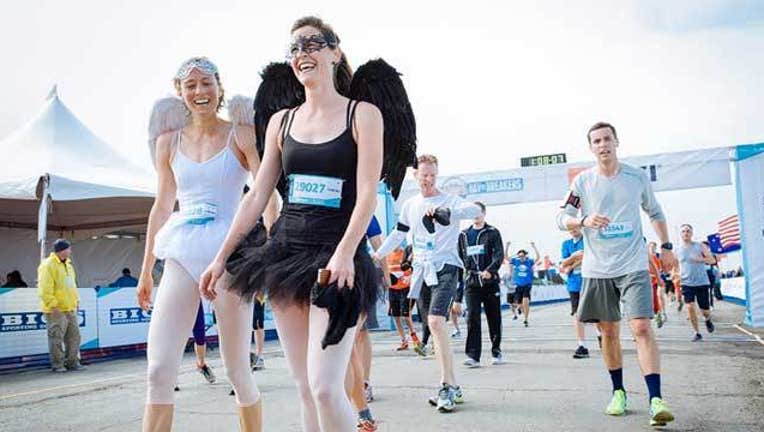 It was the 104th running of the "Bay to Breakers."

Organizers say It's the oldest consecutively run annual footrace in the world, and a staple in San Francisco since 1912.

This year's winners were Isaac Mukandi Mwangi of Kenya, with a time of 35:25. The women's winner was Jane Kibii at 40:04. She was born in Kenya, but had moved to the Sacramento-area.

Race observers say this year's "Bay to Breakers" seemed milder than years past, with fewer people running naked on the course. Safety was a top priority at the race, said San Francisco Police. Security measures included officers and alcohol checkpoints positioned along the race route.

Traffic was a concern, as several Muni bus lines were rerouted because of the race. Sections of major streets, including Divisadero, Hayes, Fell, and Fulton were closed throughout Sunday morning into late afternoon.