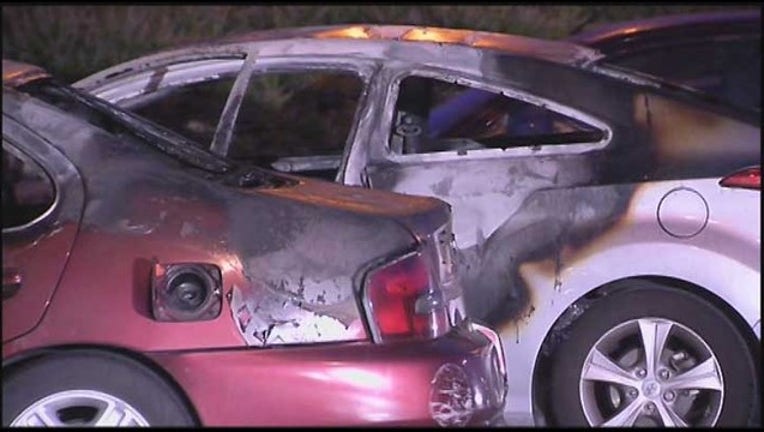 Glass said the fires are considered "suspicious" and remain under investigation.

Investigators are collecting cellphone video, witness statements and surveillance video to try to identify a possible suspect, he said.