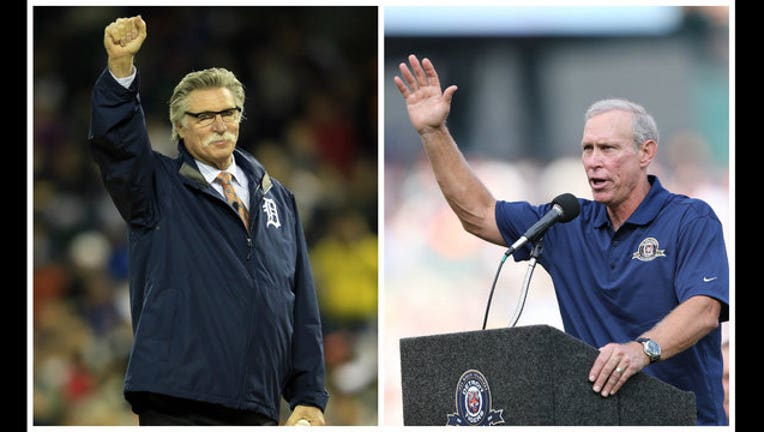 Morris, a big-game pitcher, and Trammell, a star shortstop, were picked by a 16-man Modern Baseball Era committee that considered 10 candidates whose biggest contributions came from 1970-87.

Morris got 14 votes and Trammell drew 13, one more than the minimum needed.

They'll be enshrined on July 29. Fitting that they'll go in together -- they both began their big league careers in 1977 with Detroit, and played 13 seasons alongside each other with the Tigers.

"Time has made this even more special. I've learned a lot along the way," the 62-year-old Morris said on a conference call.

A durable right-hander, Morris posted 254 wins. His most famous victory was a 10-inning shutout, winning 1-0 for Minnesota over Atlanta in Game 7 of the 1991 World Series.

"No question it was my defining moment in baseball," Morris said. "I've never pitched a game where I had better focus. I never had a negative thought, even though I was in trouble several times."

Now 59, Trammell was a steady presence in the middle of the diamond while playing all 20 of his seasons in Detroit.

Trammell was the 1984 World Series MVP, hitting .450 as the Tigers trounced San Diego in five games and finished off a season in which they started out 35-5.

Trammell never came close to election during his 15 tries on the Hall ballot in voting by Baseball Writers' Association of America members. His best showing came in his last year, when he got 40.9 percent in 2016.

Morris got a lot closer.

Miller, who headed the players' union from 1966-82 was on the ballot for the seventh time.

In 2008, four years before he died, Miller sent a letter to the BBWAA saying he didn't want to be considered anymore.

The BBWAA annual vote on players will be announced Jan. 24.