Top Gun: Maverick - The Power of the Naval Aircraft Featurette

Tom Cruise stars in "Top Gun: Maverick," in theaters May 27.

Chicago - Even in 1986, the original "Top Gun" felt like a bit of a retro throwback. Its fighter-pilot training school setting was such a holdover from a bygone era that the film inserts an opening title card to clarify that it’s set in the present day. For as much as "Top Gun" is steeped in Cold War-era jingoism and 1980s masculinity, it also feels like the kind of earnest military spectacle that could’ve come out of the old Hollywood studio system. And now 36 years later, its sequel "Top Gun: Maverick" offers a double dose of nostalgia — both for that 1980s original and for the halcyon Americana it evoked in the first place.

It’s a pleasure to report that the film largely works on both accounts, at least if you’re willing to set aside any sort of moral questions about its inherently propagandistic nature. (The bad guys here are once again a nameless, faceless country known only as "the enemy.") Director Joseph Kosinski is so committed to nostalgia that he even opens the film with a beat-for-beat recreation of the original’s opening credits, Kenny Loggins’ "Danger Zone" and all. It’s a move as carefully calibrated as any of the top-line fighter jets Tom Cruise pilots throughout the movie. And there’s a fist-pumping joy to watching an old-fashioned action blockbuster fire on all cylinders, even if its storytelling ambitions aren’t quite stratospheric.

About "Top Gun: Maverick": Show me the way home, honey 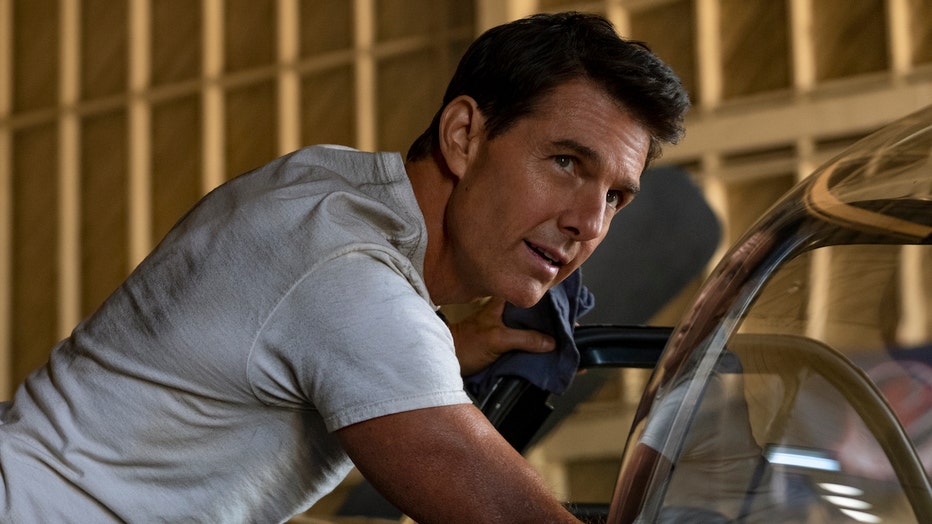 As you may recall (and don’t worry, "Maverick" reminds you if you don’t), the original film followed ace fighter pilot Pete "Maverick" Mitchell (Cruise) as he joined the elite Top Gun training program, lost his best friend/co-pilot Nick "Goose" Bradshaw (Anthony Edwards) and eventually learned to blend his reckless streak with the needs of a highly disciplined military team. As "Top Gun: Maverick" opens, we learn Pete has spent the past 30-some years doing more of the same — refusing to climb the military ranks because he prefers to continue testing his limits as an active pilot. (The film opens with a great flight sequence where we see just how far Pete’s boundary pushing still goes.)

Soon enough, however, the past comes back to haunt him. Not only is Pete ordered back to Top Gun to serve as a flight instructor, one of his students is Lieutenant Bradley "Rooster" Bradshaw (Miles Teller) — Goose’s grown-up son (disappointedly not nicknamed "Gosling") who’s got a grudge against his dad’s old friend. And things get even more complicated when Pete is assigned to prepare his trainees for a death-defying mission deep into enemy territory. 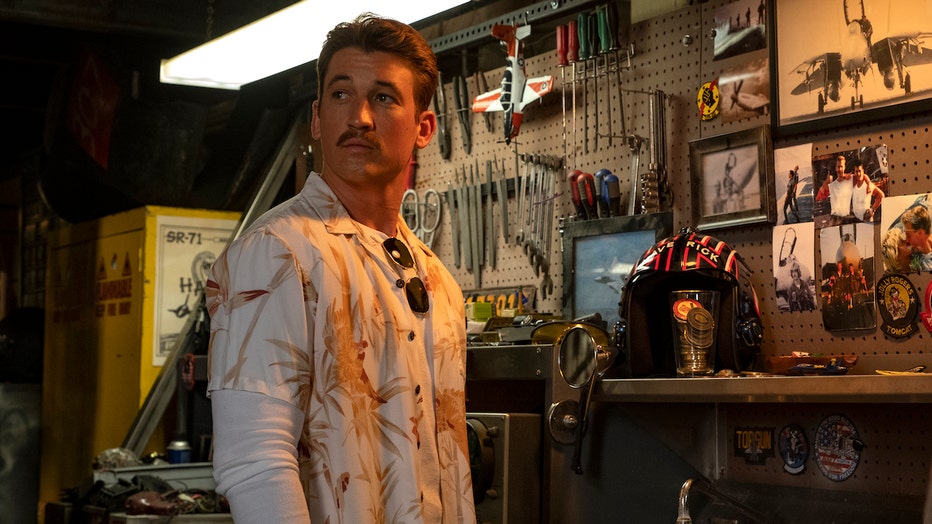 Unlike legacy sequels that aim to pass the baton off to the next generation, however, Cruise is still very much the central focus here. Though Teller fits seamlessly into the "Top Gun" universe (as do Jennifer Connelly, Glen Powell and a host of new Top Gun pilots), Maverick is the only character the movie really cares about. In as much as "Top Gun: Maverick" has a thematic focus, it’s about the weight of aging and the pressure that comes from living life on the edge once you recognize you’re responsible for more than just your own life. (Original "Top Gun" star Val Kilmer is on hand for a touching cameo that ties into those themes.)

Yet the best thing about "Top Gun: Maverick" is that it doesn’t take itself too seriously either. Yes, there are emotional throughlines (and meta connections) if you want to see them, but there’s also shirtless beach football, sexy romance montages and characters so archetypal they feel like they stepped right out of a 1940s WWII film. While the practical stunts in "Top Gun: Maverick" aren’t a million miles off from the work Cruise does in the "Mission: Impossible" films, "Maverick" sets itself apart with a knowingly corny earnestness. And while that does kind of limit just how deep the film is actually able to go with its story, it makes for a nice change of pace in a blockbuster landscape full of winking, sardonic action flicks. 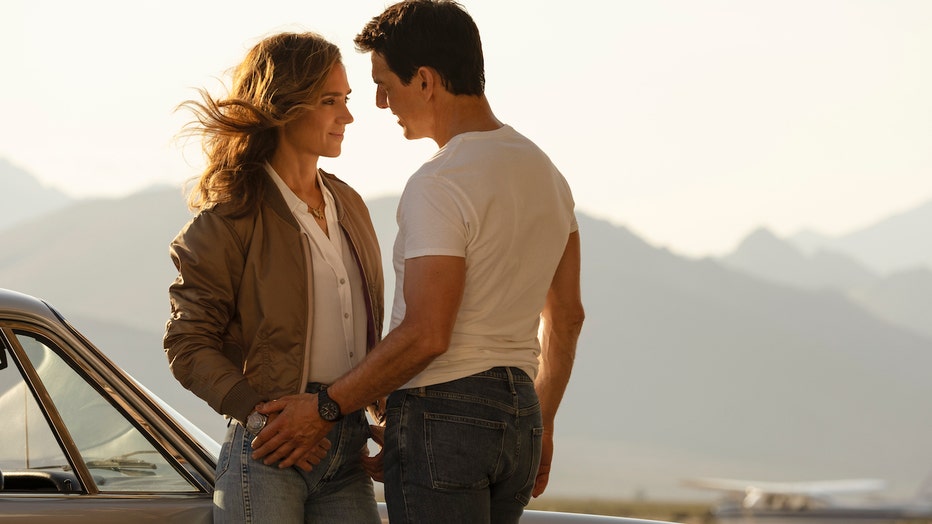 See "Top Gun: Maverick" for: The need, the need for speed

Indeed, Cruise’s contemporary big screen persona is all about blending vintage movie star charisma with cutting edge stunt and technical work. And "Top Gun: Maverick" satisfies on both fronts. Much has been made of the unprecedented practical effects that went into shooting the film’s aerial combat scenes. (The cast completed a three-month flight training course to be able to shoot the film largely in real jets.) But the biggest key to the film’s success is the refreshingly coherent staging of its action.

"Maverick" takes its cues from a heist movie as much as an action one, carefully and repeatedly laying out the steps of a low-altitude mission in and around a snowy mountain pass in enemy territory. (Think the "Star Wars" trench run on steroids.) So by the time the film finally gets to its adrenaline-fueled third act, we know exactly how things are supposed to look when they go right — and exactly what it means when they go wrong. 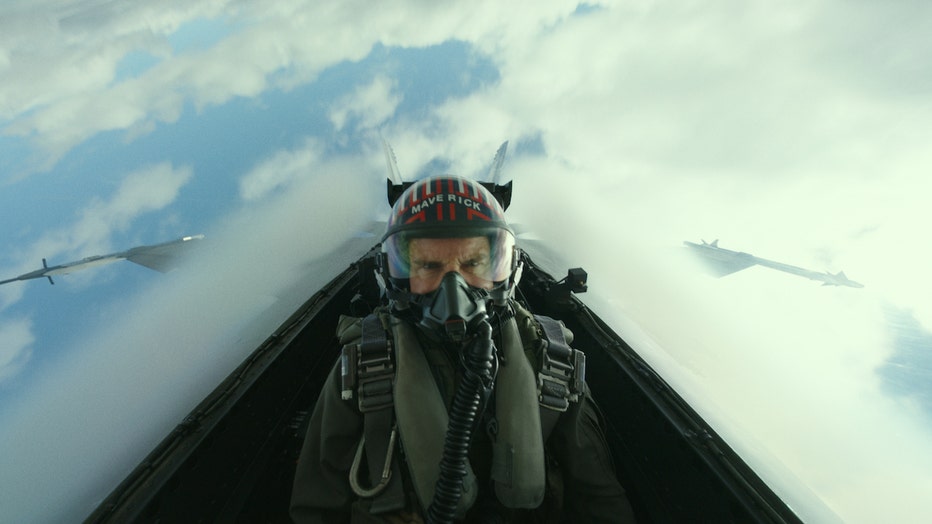 For as ridiculously complicated as those plane stunts reportedly were to shoot, the strength of "Top Gun: Maverick" comes from its simplicity. You can follow what’s happening visually, which isn’t always a given in a big-budget action blockbuster. And more importantly, you don’t need much brainpower to follow what’s happening emotionally either. (Predictability is as much a feature as a bug here.) This is old-fashioned summer popcorn movie fun in all its high-octane glory. And Cruise is just the leading man for the mission.

Die Hard (1988): Is it a Christmas movie? That’s debatable (but yes, it is). Yet even if you dial up "Die Hard" every holiday season, you never need an excuse to watch this Bruce Willis classic. A titan of the genre, "Die Hard" is the little black dress of action movies: It works for every occasion. Come for Bruce Willis and the catchphrases, stay for an all-time-great villain performance from Alan Rickman. Rated R. 132 minutes. Dir: John McTiernan. Also featuring Bonnie Bedelia, Reginald VelJohnson, James Shigeta, Paul Gleason.

"Die Hard" is currently streaming (for free!) on Tubi. 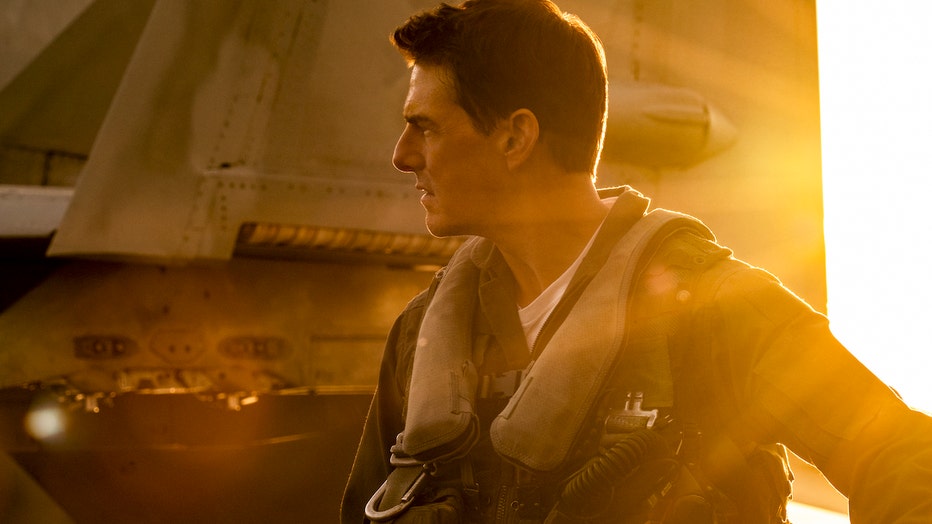