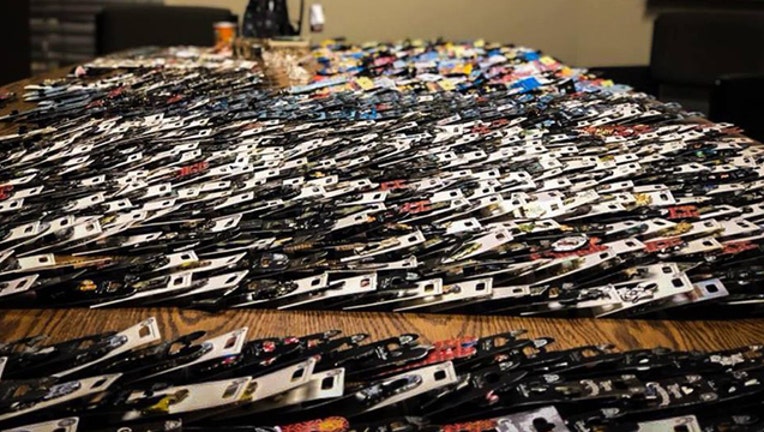 ROSAMOND, Calif. (FOX 11) - A driver who failed to stop after passing a school bus with a flashing red light stop sign ends up being arrested after police discover stolen Disneyland merchandise and other illegal paraphernalia. CHP - Mojave posted photos on their Twitter feed, where they filled up a table with rows of the stolen goods.

California Highway Patrol officers in Kern County were conducting school bus enforcement in Rosamond on Friday, March 8, when a driver in a Nissan Sentra drove past the bus. After the driver was pulled over, police discovered the driver had a suspended license. Then upon further investigation, they noticed the driver was in possession of more than $13,000 worth of stolen Disneyland pins, drugs and other illegal items.

The suspect was taken to Kern County jail, and police have made arrangements with Disneyland to have the merchandise returned.