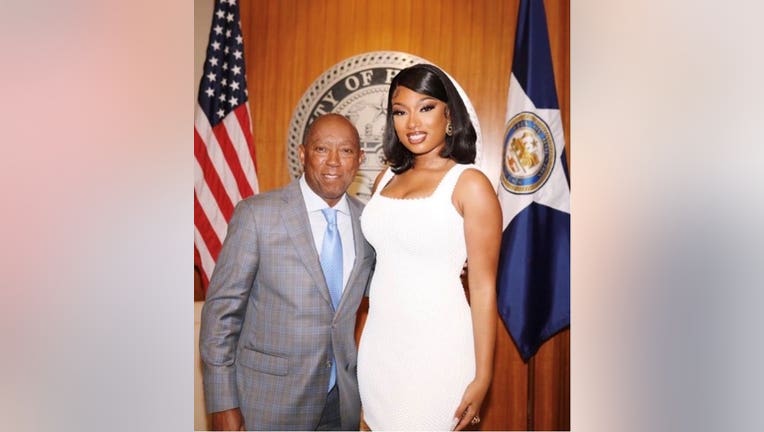 LOS ANGELES - Megan Thee Stallion is a three-time Grammy winner and hip-hop superstar, but her success wasn’t enough to shield the 27-year-old artist from the power of widespread misinformation and social media vitriol leveled against her after she was shot in 2020.

The Houston-born rapper, whose legal name is Megan Pete, was shot multiple times in both feet after leaving a Hollywood Hills party in 2020 with rapper Tory Lanez, whose legal name is Daystar Peterson, and former assistant Kelsey Harris. Megan needed surgery to remove the bullet fragments from her feet. On Friday, a jury found Lanez guilty of all three felonies with which he was charged, which could lead to up to 22 years in prison.

Three months after the shooting, Megan accused Lanez of wielding the gun. The ensuing onslaught of criticism reached a fever pitch this month during Lanez’s assault trial. Experts say it stems from misogynoir, a specific type of misogyny experienced by Black women.

Tyree, whose research focuses on representations of Black women in mass media, social media and hip-hop culture, emphasized that misogynoir has been part of the Black female experience in the U.S. for centuries, dating back to the beginnings of American slavery.

"Many people see the term, and they’re intrigued by it. They think, ‘Wow, what is this new thing happening to Black women?’" she said. "And that’s the most disappointing part of the narrative about misogynoir. There’s nothing new about the mistreatment and disrespect of Black women in the United States."

Megan said she did not tell Los Angeles police responding to the scene until three months after the shooting because she was afraid for her safety.

The shooting happened on July 12, 2020, less than two months after George Floyd died at the hands of Minneapolis police.

Fear of police violence could have played a role in her reluctance to share specifics with officers, Tyree said, adding that Black women are expected to protect Black men in society.

"They face industry blackballing and fewer professional opportunities when they speak out," Williams said.

Megan alleged that Lanez and his team spread misinformation about the shooting. Social media users have claimed that Lanez never shot her and have posted about her sexual history to discredit her.

Lanez, who has now been convicted of all three felonies and awaits sentencing, has maintained his innocence. In closing arguments this week, his lawyers argued that Harris was the shooter and that Megan tried to create a more sympathetic narrative by blaming Lanez.

Harris’ attorney has declined to comment on her involvement.

"Tory came out and told so many different lies — about me not being shot, about him not being the shooter and making this all about a sex scandal," Megan testified last week.

Rappers Drake and 21 Savage mentioned her in their joint album with specific lyrics that attempted to discredit her allegations. 50 Cent posted memes mocking her interview with Gayle King as well.

She is a part of a chorus of Black women — including #MeToo founder Tarana Burke and U.S. Rep. Maxine Waters — who have spoken out about violence against women. Burke and Waters signed an open letter supporting Megan. 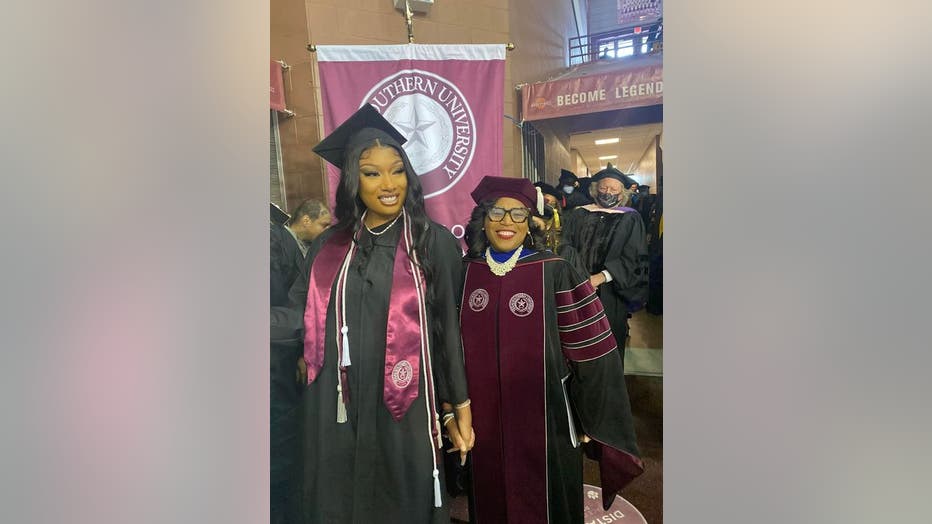 Northwestern University law professor Deborah Tuerkheimer, the author of "Credible: Why We Doubt Accusers and Protect Abusers," noted that these trials came five years after the #MeToo movement sparked a global social reckoning, followed by a backlash.

"We can look at this outpouring of stories as being really significant and meaningful, and it is, but until we can have figured out how to fairly judge credibility, and how to hold perpetrators to account in a meaningful way, then I think there’s just a lot of work left to be done," Tuerkheimer said.

Race is a key difference in the treatment of accusers, said Izzi Grasso, a doctoral candidate at the University of Washington who studied misinformation around the Depp-Heard trial.

Grasso’s research concluded that people with marginalized identities are disproportionately targeted for harassment, online misinformation campaigns and discriminatory content moderation. The online world reflects the "systems of power and domination that we see in the real world," Grasso said.

Moya Bailey, a Northwestern University professor who coined the term misogynoir, found that social media platforms such as TikTok and Twitter perpetuate harmful stereotypes about Black women because it’s profitable.

Lanez has claimed that Harris and Megan were fighting over him. People are more likely to see content about Megan’s sexual history as "some sort of justification" for not believing her — or for blaming her for getting shot, Maragh-Lloyd said.

She said it comes down to what sells — and misogynoir provides the fuel: "To perpetuate misinformation about Black women’s bodies or Black women’s desires, it’s going to garner clicks and eyeballs."