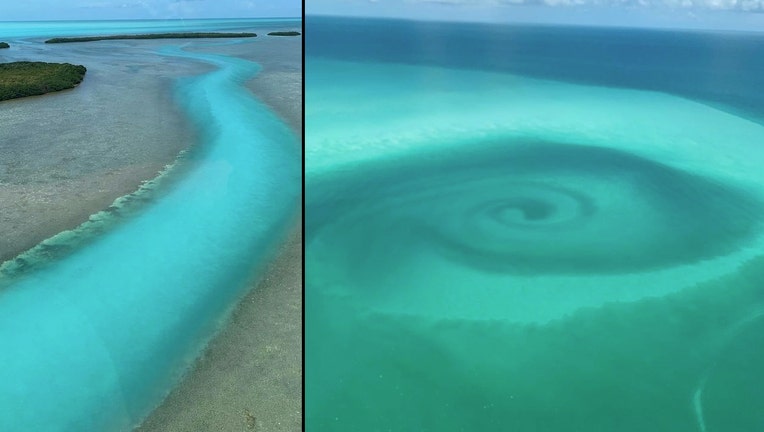 KEY WEST, Fla. - Photos of an "eddy" that formed in Key West as Laura moved through are stunning.

At the time it neared Key West, Laura was just a tropical storm. It went on to become a devastating Category 4 hurricane, making landfall in Louisiana. It destroyed homes and took at least four lives.

The U.S. National Weather Service (NWS) shared one of Kasch's photos as well, stating that it was taken from about 500 feet in the air.

They described the phenomenon in the photo as an "eddy," which is a circular current of water. They occur when currents pinch off sections.

"You may have seen an eddy if you've ever gone canoeing and you see a small whirlpool of water while you paddle through the water," the NWS explained on their website. "The swirling motion of eddies in the ocean cause nutrients that are normally found in colder, deeper waters to come to the surface."

Eddies can be so significant that sometimes they are reportedly given names, like hurricanes. They also are done chronologically with the alphabet and are decided by staff at Horizon Marine. For example, an eddy in the Gulf of Mexico in June 2010 was named Eddy Franklin after Ben Franklin.

Tune in to FOX 35 Orlando for the latest Florida news.