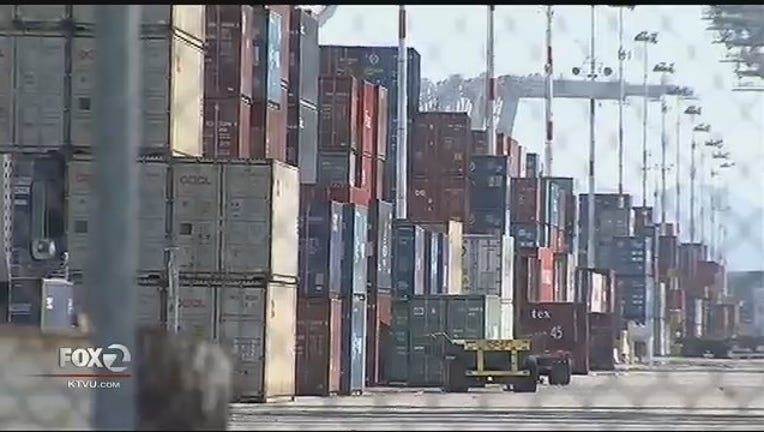 LOS ANGELES (AP) — Truck drivers who haul goods from the nation's busiest port complex in Southern California walked off the job Monday in a dispute over their wages and employee status, months after another West Coast labor conflict cost major delays in billions of dollars of trade.

The move comes after a weekend vote from the Teamsters. "Several hundred" drivers from four companies at the ports of Los Angeles and Long Beach were striking, Teamsters spokeswoman Barb Maynard said during a Monday conference call.

The strike was not expected to shut down all business at the ports, where some 16,000 truckers haul cargo.

Maynard said the drivers have been victims of "persistent wage theft" from employers because they are treated as independent contractors instead of employees.

The trucking companies have said the unhappy truckers were a vocal minority and a labor stoppage would have been disastrous while the industry continues to recover from a recent dockworkers strike.

Most of the drivers are independent contractors for trucking companies. The truckers said that they face shrinking wages and that becoming actual full-time employees of the companies would mean better wages and workplace protections.

Amador Rojas, a driver with Pacific 9 Transportation, said he joined the strike because the company refuses to pay for maintenance on the trucks driven by independent contractors.

"It's one of the issues that is causing distress, not only for us, but for our families as well," Rojas said through a translator. "We want to continue to fight for better working conditions."

Calls seeking comment from officials with Pacific 9 and the other companies — Pacer Cartage, Harbor Rail Transport and Intermodal Bridge Transport — were not immediately returned Monday.

Earlier this year, tough contract negotiations with dockworkers nearly closed 29 seaports from San Diego to Seattle. The port complex in Los Angeles and Long Beach is the primary West Coast gateway for hundreds of billions of dollars of annual trade with Asia.