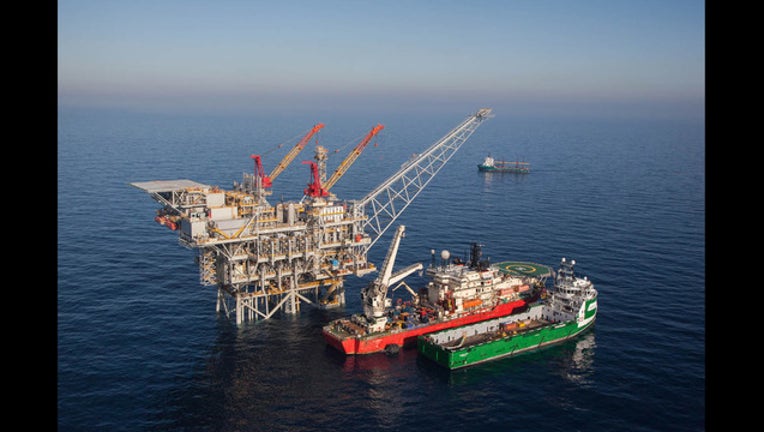 DALLAS (AP) -- The Trump administration on Friday proposed to rewrite or kill rules on offshore oil and gas drilling that were imposed after the deadly 2010 rig explosion and oil spill in the Gulf of Mexico.

The administration said the rules are an unnecessary burden on industry and rolling them back will encourage more energy production.

A division of the Interior Department published the proposed change Friday in the Federal Register. The public will have until Jan. 29 to comment.

The Obama administration imposed tougher rules last year in response to the 2010 explosion on a drilling rig called the Deepwater Horizon and used by BP. The accident killed 11 workers and triggered a massive oil spill.

The Obama rules targeted blowout preventers, massive valve-like devices designed to prevent spills from wells on the ocean floor. The preventer used by BP failed. The rules required more frequent inspections of those and other devices and dictated that experts onshore monitor drilling of highly complex wells in real time.

In its notice Friday, the Bureau of Safety and Environmental Enforcement, an office of the Interior Department that regulates offshore oil and gas drilling, said some provisions in the rules created "potentially unduly burdensome requirements" on oil and gas operators "without significantly increasing safety of the workers or protection of the environment."

The bureau said that, when practical, it would give industry flexibility to meet safety and equipment standards rather than insisting on specific compliance methods.

The agency estimated that revising some rules and removing others would save the energy industry at least $228 million over 10 years.

Oil industry groups have complained about the potential cost of complying with the rules and predicted they would threaten thousands of jobs.

Randall Luthi, president of the National Ocean Industries Association, said in a statement that the Trump administration's rollback was a step toward regulatory reform. He said safety experts in the offshore energy industry would now have the chance to comment on the regulations and "assure the nation's offshore energy resources are developed safely and expeditiously."

But Miyoko Sakashita, ocean-program director for an environmental group, the Center for Biological Diversity, said rolling back drilling-safety standards was a recipe for disaster.

"By tossing aside the lessons from the Deepwater Horizon oil spill, Trump is putting our coasts and wildlife at risk of more deadly oil spills," Sakashita said in a statement. "Reversing offshore safety rules isn't just deregulation, it's willful ignorance."