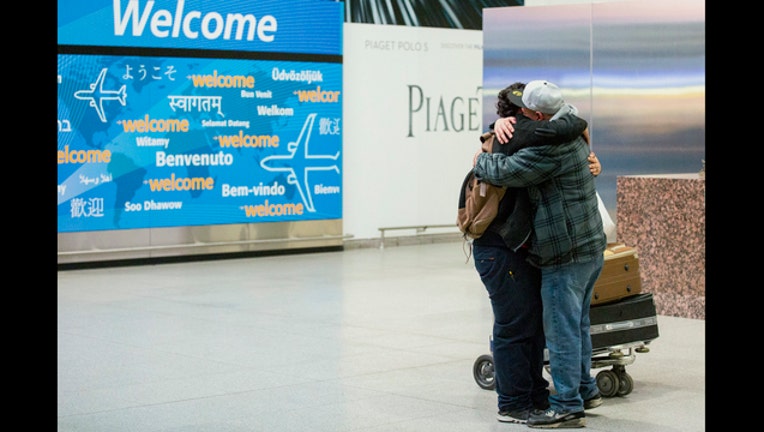 SAN FRANCISCO (AP) -- President Donald Trump's revised travel ban does not discriminate on the basis of religion and was wrongly second-guessed by a federal judge in Hawaii, the Trump administration said in court documents filed with an appeals court on Friday that seek to reinstate the ban.

U.S. District Judge Derrick Watson in Hawaii last month blocked the revised travel ban in response to a lawsuit by the state of Hawaii that argued the policy discriminates against Muslims. Watson said there was "significant and unrebutted evidence of religious animus" behind the ban, which prevents new visas for people from six Muslim-majority countries and suspends the nation's refugee program. The administration appealed to the San Francisco-based 9th U.S. Circuit Court of Appeals.

The U.S. Department of Justice said in court documents filed with the 9th Circuit on Friday that Watson second-guessed Trump's judgment that the order was needed to protect the nation and wrongly relied on statements Trump made on the campaign trail to conclude the travel ban was motivated by religious discrimination.

"The Order applies to all nationals of the listed countries, and all refugees from any country, regardless of anyone's religion ...," the DOJ said in its filing. "To be sure, this Order has been the subject of heated debate. But the precedent set by this case will long transcend this Order, this President, and this constitutional moment."

The DOJ also questioned Hawaii's authority to challenge the ban. The state has argued its tourist-driven economy would suffer harm.

Three judges on the 9th Circuit blocked the administration's first ban, but the DOJ said the president's revisions addressed their concerns.

The administration is also appealing a separate ruling by a federal judge in Maryland blocking the restriction on new visas. That case is before a different appeals court.