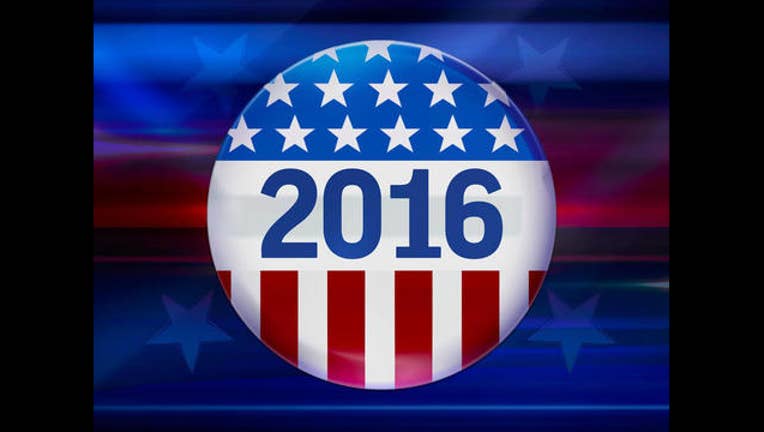 MILWAUKEE (AP) — After Donald Trump's toughest stretch of the campaign, he and Ted Cruz made spirited final pitches Monday to Wisconsin voters, who will cast ballots Tuesday in a Republican primary that both consider a key step in the race for president.

After Tuesday, there's a two-week lull before the next important voting, in New York.

Trump is facing pressure on multiple fronts following a difficult week marked by his controversial comments, reversals and rare moments of contrition. While his past remarks on topics like Mexican immigrants have drawn a backlash, even he appeared to recognize the damage caused by missteps in the lead-up to Wisconsin.

Those included re-tweeting an unflattering photo of Cruz's wife and a series of contradictory comments on abortion that managed to draw condemnation from both abortion rights activists and opponents.

While Trump is the only Republican with a realistic path to clinching the nomination ahead of the Republican convention, a big loss in Wisconsin would greatly reduce his chances of reaching the needed 1,237 delegates before then. A big win for Trump would give him more room for error down the stretch.

He's facing a tough challenge in Cruz, whom polls show with a lead in Wisconsin. And he has been battered by negative ads. The state's top Republican advertiser has been Our Principles PAC, which pumped almost $1.3 million into anti-Trump ads. The Club for Growth, which has endorsed Cruz, is spending $800,000 on ads that promote voting for Cruz — not John Kasich — as the best way to ensure a Trump defeat.

Also, the state's Republican establishment, including Gov. Scott Walker, and some of its most influential conservative talk radio hosts have lined up to support Cruz.

At the same time, Trump's campaign has been outmaneuvered by Cruz in some early states where the campaigns are working to ensure that the delegates who attend the convention this summer are loyal to them.

In North Dakota, Cruz's team, for instance, has been scooping up endorsements from delegates who were selected at the party's state convention over the weekend.

All 28 delegates will go to the national convention as free agents. But in interviews, 10 said they were committed to vote for Cruz. A few others said they were leaning toward him.

None has endorsed Trump so far.

And while Trump won Tennessee's March 1 primary, picking up 33 delegates, his supporters have complained that some Trump delegates selected by the state executive committee weren't actually supporters. They'll have to vote for Trump on the first two ballots at the convention, but they can vote as they wish on important procedural matters, including the party platform and the rules for the convention.

Our Principles, one of the outside groups devoted to keeping Trump from winning the GOP nomination has been putting more and more money into the battle for like-minded delegates. The group logged $9,300 worth of calls to Colorado "voters" — in this case delegates — this month and spent at least $34,000 on North Dakota outreach, according to new filings with the Federal Election Commission.

"This campaign is coming down to a ground game battle for delegates," said Brian Baker, a senior strategist for Our Principles. "We will fight for every last delegate vote all the way to Cleveland." Colorado will hold its convention Saturday.

Trump, who has repeatedly bashed the delegate selection process as "crooked" and "unfair," acknowledged his frustrations on CBS on Sunday.

"And I did look at my people. I said, 'Well, wait a minute, folks. You know, we should've maybe done better,'" he said. "Except I also said, 'I won the state.' And I think there's a real legal consequence to winning a state and not getting as many delegates."

On the campaign trail, both he and Cruz were optimistic.

I really believe tomorrow we're going to have a very, very big victory," the billionaire businessman said at a stop in La Crosse. Later, in a frigid hangar at the Richard I. Bong airport in Superior, where temperatures dipped into the high 20s, Trump joked about predictions of his demise from pundits.

Cruz's confidence was growing, too. He predicted a "terrific victory" during the taping of a town hall in Madison that was to be broadcast Monday night on Fox News. Cruz also discounted any possibility of someone other than Trump or him winning the nomination.

"This fevered pipe dream of Washington that at the convention they will parachute in some white knight who will save the Washington establishment, it is nothing less than a pipe dream," Cruz told reporters. "It ain't going to happen. If it did, the people would quite rightly revolt."

On Monday, the Democratic rivals appealed to union members and showed their next-primary hopes by their locations: Bernie Sanders in Wisconsin, where polls show him ahead, and Hillary Clinton in New York, which votes in two weeks and is a must-win state for her.

At a UAW headquarters in Janesville, Sanders criticized Gov. Walker as being anti-union and said, "In a sense what this campaign is about is building on what the union movement has done." In New York City, Clinton campaigned alongside Gov. Andrew Cuomo, praising union-led efforts that helped raise the state's minimum wage to $15 an hour and predicting that that higher level would "sweep" the nation.

Trump and Sanders ended their days with dueling rallies in Milwaukee. But both drew smaller-than-usual crowds on the frigid night, with hundreds of empty seats at the theater where Trump spoke and a less-than-capacity crowd at the Wisconsin Center where Sanders was holding his final rally nearby.