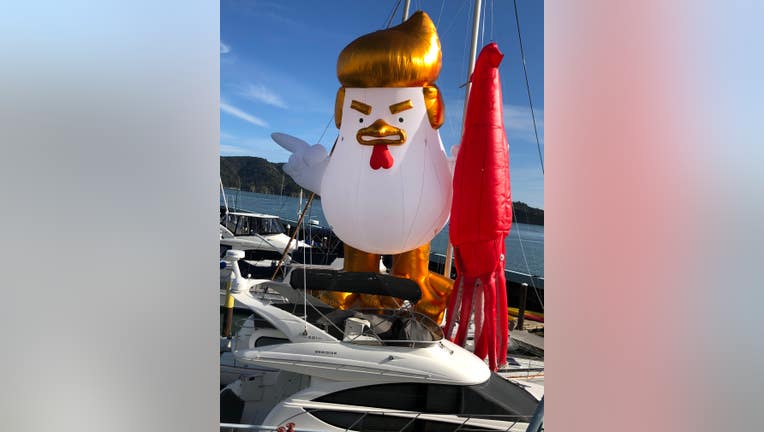 SAN FRANCISCO - The Trump Chicken will return to San Francisco Bay on Saturday, but this the inflatable bird will be accompanied by a 60-foot inflatable squid.

"As the GOP starts to present its case for Trump, we at Trump Chicken have been wondering why no one is taking to the streets," according to a release from Danelle Morton, a Trump Chicken organizer.

"We're taking to the Bay, to show the world how this very dirty bird is all entangled in the Squid Quo Pro."

The 33-foot inflated chicken with signature gold pompadour has made previous forays in the bay, including stints around Alcatraz wearing a prison shirt for the past two Presidents Days.

A sailboat owner in Tiburon made the giant squid, Morton said.

The inflatable duo departed at 10 a.m. from the Corinthian Yacht Club, and will sail along the Embarcadero, returning by noon.