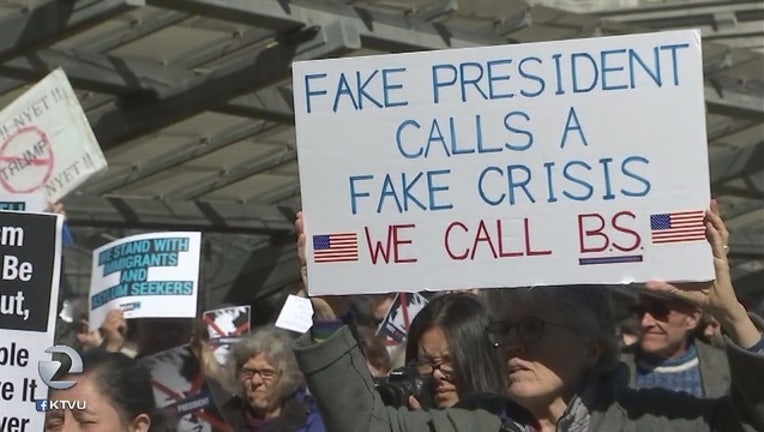 Trump complained about the lawsuit filed in federal court in San Francisco. He incorrectly identified the plaintiffs as "16 cities" but later corrected that to "16 states."

California and 15 other states are parties to the suit filed Monday that alleges that Trump's declaration is unconstitutional.