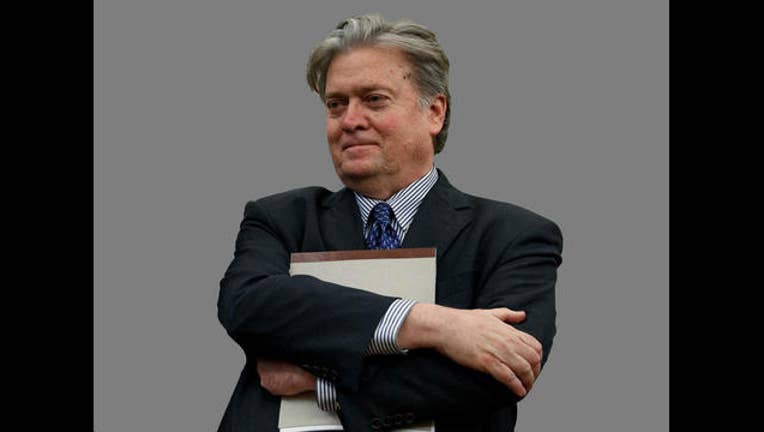 A new memorandum about the council's composition was published Wednesday in the Federal Register. The memo no longer lists the chief strategist as a member of the Principals Committee, a group of high-ranking officials who meet to discuss pressing national security priorities.

Tom Bossert, the assistant to the president for Homeland Security and Counterterrorism, also had his role downgraded as part of the changes.

A senior White House official said Wednesday that Bannon was initially placed on the national security council after Trump's inauguration as a measure to ensure implementation of the president's vision, including efforts to downsize and streamline operations at the NSC.

Trump's first national security adviser, Michael Flynn, was at the helm of the NSC at the time, but the official says Bannon's role on the committee had nothing to do with the troubles facing Flynn, who was later asked to resign for misleading the administration about his communication with Russian officials.

The senior White House official was not authorized to discuss changes that have not been formally announced and spoke on condition of anonymity.

The new memo also restores the director of national intelligence and the Joint Chiefs chairman to the principals committee.

Bannon's addition to the NSC sparked concerns from Trump critics, who said it was inappropriate for the political adviser to play a role in national security matters.