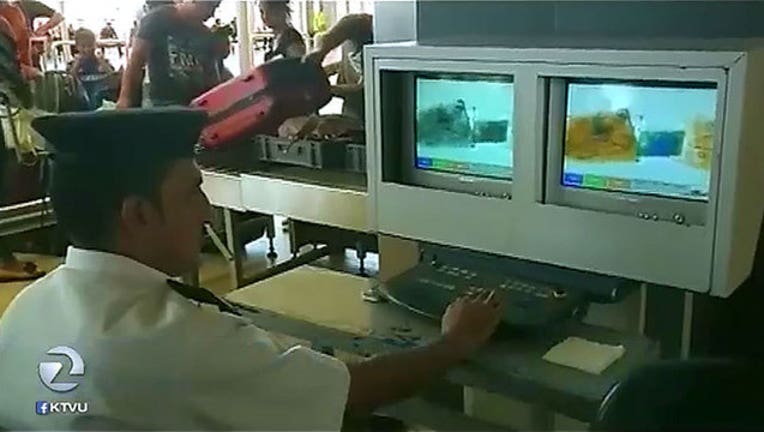 The nonprofit industry organization said in a statement that there are "mounting signs" of "a broad chilling effect on demand for international travel to the United States."

White House spokeswoman Lindsay Walters disputed the contention, saying: "It takes several months for each month's international arrival statistics to be processed and released to the public. To claim the executive order has had an impact on travel would be premature."

But the U.S. Travel Association's statement added to a growing chorus of concern from the travel industry over the impact of Trump administration policies on tourism.

Earlier this week, the tourism agency NYC & Company revised its 2017 forecast to predict a drop in inbound international travel to New York City, with 300,000 fewer visitors compared to 2016. It would be the first drop in visitation to New York since the start of the recession in 2008.

The Philadelphia Convention and Visitors Bureau told the Philadelphia Inquirer this week that it had lost out on an international meeting with 3,000 attendees that decided to go to Canada or Mexico instead.

And ForwardKeys, which tracks travel bookings, reported in February that international trends in bookings to the U.S. are down 6.5 percent compared with the equivalent period the year before.

"It's known as the Trump Slump," travel guru Arthur Frommer wrote last month on Frommers.com. He called it "an unintended consequence of the Trump-led efforts to stop many Muslims from coming to the U.S.," resulting in "a sharp drop in foreign tourism to our nation that imperils jobs and touristic income."

Trump's initial ban on travelers from Iran, Iraq, Libya, Somalia, Sudan, Syria and Yemen was suspended following a court order, but a revised executive order on visas and immigration is expected soon.

The U.S. Travel Association urged the administration to make clear in any revised order "that the U.S. welcomes and values legitimate international business and leisure travelers."

Tourism is an enormous sector of the U.S. economy, generating $2.1 trillion in economic output and supporting 15.1 million jobs, with international visitors a key component, according to data from the U.S. Travel Association.

"Security is a top priority for the U.S. travel community, but it's critical to balance both sides of the ledger: make clear who is not welcome, but also who remains welcome," Dow said.

A Jan. 30 op-ed piece in the Toronto Star newspaper encouraged Canadians to "boycott vacations to the U.S." until Trump is no longer president.

NYC & Company is launching a new campaign called "New York City -- Welcoming the World" to try to counteract the expected downturn. The agency said in a press release that the campaign is intended to reassure international travelers who may feel deterred about traveling to the U.S. that they are welcome in New York.

But Alexandre de Juniac, head of the International Air Transport Association, said Thursday that industry leaders are not worried about a downturn, saying air travel to the U.S. "still looks positive in 2017."

George Aguel, president and CEO of Visit Orlando on Disney's Florida turf, also said "it would be premature to determine if there is a potential decline in overall international visitation to our region, and if any such decline can specifically be attributed to the administration's executive orders."

Another factor in a potential downturn could be the strong U.S. dollar, which has made it more expensive for international visitors to vacation here.

Last year, the U.S. Commerce Department predicted a record 78.6 million international visitors would come to the U.S. in 2017. That forecast is usually updated in May.

AP reporter Joan Lowy in Washington contributed to this story.