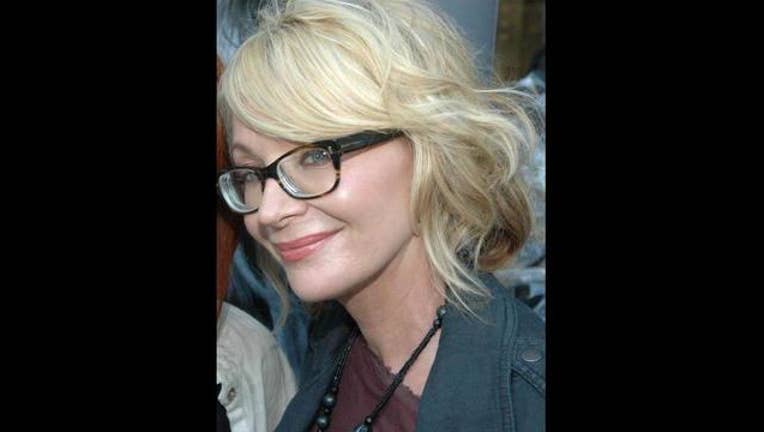 Kimberly Endicott is shown in this photo posted on her Facebook page in September 2012.

KAMPALA, Uganda (KTVU, AP) - President Trump on Monday urged Uganda to find the kidnappers of a tourist from California who was freed from armed abductors over the weekend.

Kim Endicott of Costa Mesa and her Ugandan driver were released by their kidnappers, and the Southern California woman was to be turned over to the U.S. ambassador Monday, Ugandan police said.

Endicott and the local driver were both safe, after the five-day ordeal during which they were taken from Queen Elizabeth National Park, a protected area near the porous border with Congo, according to Ugandan authorities. The wildlife park is Uganda's most popular safari destination.

Ugandan security forces launched a search for Endicott and her driver after they were abducted from the park on Tuesday. They were ambushed by four gunmen, according to Ugandan police and a government spokesman.

On Monday, Trump pressed Uganda's government to capture the culprits, tweeting: "Uganda must find the kidnappers of the American Tourist and guide before people will feel safe in going there. Bring them to justice openly and quickly!"

Over the weekend Trump tweeted that he was pleased the tourist and guide had been released.

There have been conflicting reports over whether a ransom was paid for Endicott's release, but Ugandan police spokesman Fred Enanga told a news conference in the Ugandan capital, Kampala, that he did not believe a ransom had been paid.

"I have indicated to you that we don't do ransom," he said Monday.

A Uganda-based tour official said, however, that a ransom was paid to secure Endicott's freedom. The tourist was released, "not rescued," after money was paid "otherwise she wouldn't be back," said a tourism professional with knowledge of Endicott's trip. He spoke on condition of anonymity because he was not authorized to speak to the press.

Many officials, including from the U.S. Embassy, were involved in efforts to secure the release of the kidnapping victims, he said. He couldn't say how much was paid or who paid.

Ugandan officials have said the kidnapping victims were rescued from armed kidnappers who are still at large.

Ugandan President Yoweri Museveni said on Twitter that the security forces "shall deal with these isolated pockets of criminals."

The kidnappers had demanded a $500,000 ransom after grabbing Endicott and her driver from a group of tourists on an evening game drive on April 2, police said.

U.S. Secretary of State Mike Pompeo had said at a Tuesday event for families of U.S. citizens held captive overseas that he understands some people want to do anything to get their loved ones back but paying ransom would just lead to more kidnappings.

Endicott, who has a small skin care shop in Costa Mesa, is in her 50s and has a daughter and granddaughter, according to Phoenix resident Rich Endicott, a 62-year-old banker who told The Associated Press he hadn't spoken with his cousin since a family reunion several years ago.

"It's completely shocking," Sandy Benton, a friend of Endicott's in Southern California, said Monday. "I never thought anything like this would happen to her."

Benton said Endicott is an adventure-seeker and world traveler and added it wasn't surprising that she would travel to Uganda on her own.

"I just prayed for her and hoped for safe return," Benton said. "I'm glad to hear she'll be on her way home soon. I can't imagine how traumatic that was for her. She had to be terrified."

She said she hopes Endicott isn't too scarred by the experience and is touched by all the people around the world who've reached out to her and her family while she was being held.

"Hopefully she just feels a lot of love," Benton said.