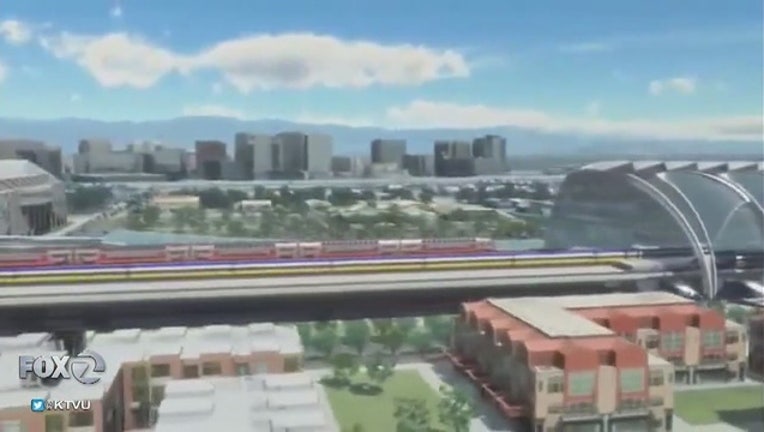 SACRAMENTO, Calif. (AP) -- The Trump administration said Tuesday that it plans to cancel $929 million awarded to California's high-speed rail project and wants the state to return an additional $2.5 billion that it has already spent.

The U.S. Department of Transportation announcement follows through on President Donald Trump's threats to claw back $3.5 billion that the federal government gave to California to build a bullet train between Los Angeles and San Francisco.

The project has faced cost overruns and years of delays. The Trump administration argues that California hasn't provided required matching dollars and can't complete work by a 2022 deadline.

Trump and Gov. Gavin Newsom have sparred over the project on Twitter in recent days, with Trump labeling it the "failed Fast Train project" earlier Tuesday.

Newsom, a Democrat, and the state transportation agency didn't immediately respond to a request for comment.

Newsom declared in his first State of the State address last week that he planned to scale back the project and focus immediately on building 171 miles (275 kilometers) of track in central California. His office said he still plans to complete the full line, although he said the current plan would cost too much and take too long.

He's pledged to continue environmental work on the full line, which is required to keep the federal money.

"This is CA's money, allocated by Congress for this project. We're not giving it back," he tweeted last week in response to Trump's threats.

Congress nearly a decade ago approved the $929 million that Trump wants to cancel. The state has not started spending that money. But it has already spent the extra $2.5 billion that Trump now wants back. It's unclear if the federal government can demand that money back before the 2022 deadline.

The U.S. Department of Transportation said it is "actively exploring every legal option" to get back the money.