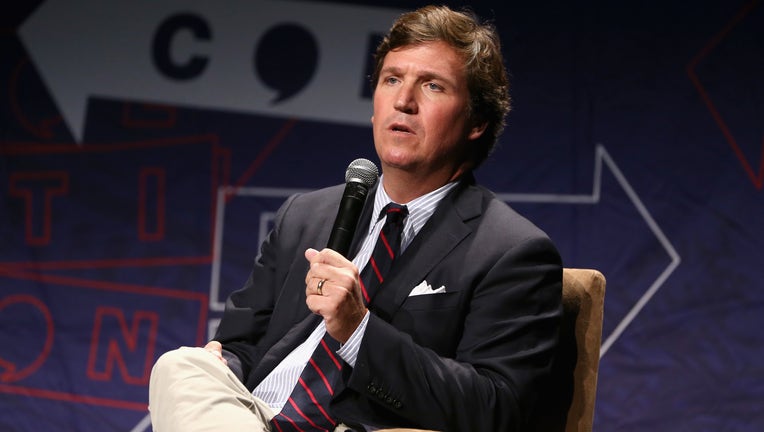 NEW YORK - Tucker Carlson's belittling of a reporter for The New York Times this week for publicly discussing how she had been harassed reveals both a toxic online culture and bad blood between the newspaper and Fox News Channel and its most popular personality.

The targeting of reporter Taylor Lorenz started a day after the International Women's Media Foundation announced that it was starting a new resource center for journalists subject to online abuse.

Lorenz, a technology reporter who covers internet culture for the Times, on Tuesday had tweeted her followers to consider supporting women who were enduring online harassment.

"It's not an exaggeration to say that the harassment and smear campaign I've had to endure over the past year has destroyed my life," she tweeted. "No one should have to go through this. The scope of attack has been unimaginable. It has taken everything from me."

Carlson pointed out the tweet that night on his show, which usually reaches between 3 million to 4 million viewers each weeknight. He cited her as a privileged person claiming victimhood.

"Destroyed her life?" he said. "Really? By most people's standards Taylor Lorenz would seem to have a pretty good life, one of the best lives in the country, in fact."

Carlson was supported by journalist Glenn Greenwald, an occasional guest on his show. Greenwald wrote that someone involved in polarizing debates should expect pushback. "It's still just online insults," he tweeted. "That's not persecution."

Carlson and the Times have a history. Last summer, he said on the air that the Times was working on a story about his house in Maine. He broadcast the names of the journalists supposedly working on the story, and they later said they had been subject to online abuse and, in one case, an attempted break-in. No Times story was written about Carlson's Maine house.

The Times, in a statement Wednesday, said Carlson's attack on Lorenz "was a calculated and cruel tactic, which he regularly deploys to unleash a wave of harassment and vitriol at his intended target."

Fox backed up its star with its own response: "No public figure or journalist is immune from legitimate criticism of their reporting, claims or journalistic tactics. Carlson, on his show, revisited his own anger about the idea that where his family lived in Maine would become more widely known.

He said there is real harassment in the world, but an online attack against Lorenz "is not it."

The International Women's Media Foundation said that in a survey conducted in 2018, 63% of female journalists said they'd been threatened or harassed online. Of those who said they'd been harassed, 40% said they avoided reporting certain stories because of it.

Lorenz has visibility online since she reports on the rough-and-tumble world of social media for the nation's leading newspaper. She noted, in an interview for The.Ink newsletter last summer with journalist Anand Giridharadas, that leaders in that industry don't take online harassment seriously.

She told Giridharadas that she's had a difficult time with strangers finding out about her personal life and background.

"That's been really, really, really horrible," she said. "I mean, I've gone into kind of a deep depression over it. I've thought about quitting my job over it. I hate it."

On Twitter this week, she posted a copy of one message she had received online from someone who said "I hope you cry yourself to sleep every night. I hope you take your own life. I hope you live all your days in fear. You are the scum of the Earth. Why are you still breathing?" The person repeated "kill yourself" 11 times.

A spokeswoman for the Times said it has "dedicated staff and robust measures in place to protect journalists" against the overall backdrop of threats and online attacks. The newspaper would not discuss details.

One potential piece of advice for Lorenz — stay off the internet — doesn't apply. Her job depends upon it.

"Lorenz is a legitimate journalist whose work should be applauded, not attacked," Munoz said. "Women journalists must be able to do their jobs without fear for their lives."