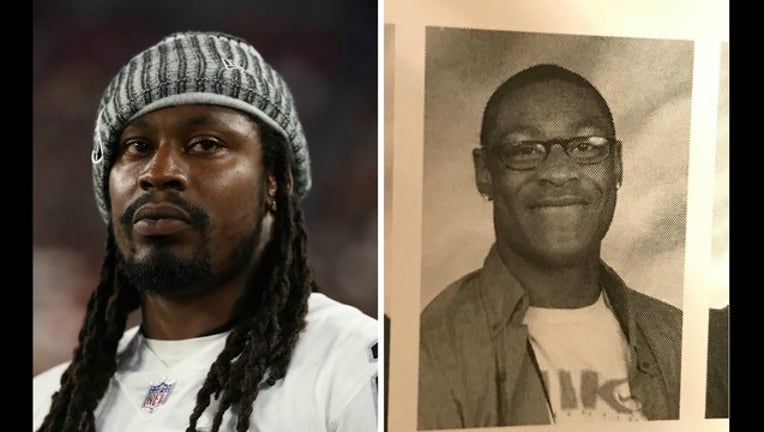 OAKLAND, Calif. (KTVU) - Raiders running back Marshawn Lynch scored a classic "Beast Mode" touchdown and had the internet buzzing during Monday’s season opener against the Los Angeles Rams at the Oakland Coliseum. But it’s a side-by-side image of current Lynch and high school Lynch that erupted on Twitter.

The shock value of the image is undeniable. It looks like a different person at first glance. And ultimately, the public's reaction was yet again another reminder that the internet is awesome.