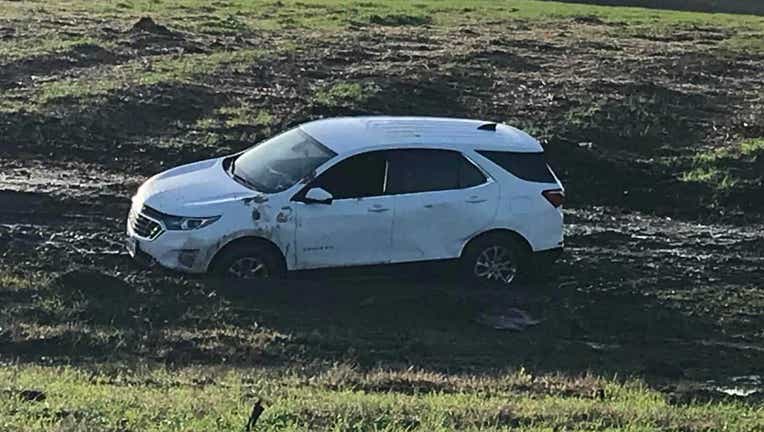 HEALDSBURG, Calif. - This week's downpours contributed to the arrest of two suspects after a stolen SUV became stuck in a muddy Sonoma County field.

The Chevy SUV was reported as trespassing early Wednesday in a vineyard along Alexander Valley Road near Healdsburg, the Sonoma County sheriff reported on social media. 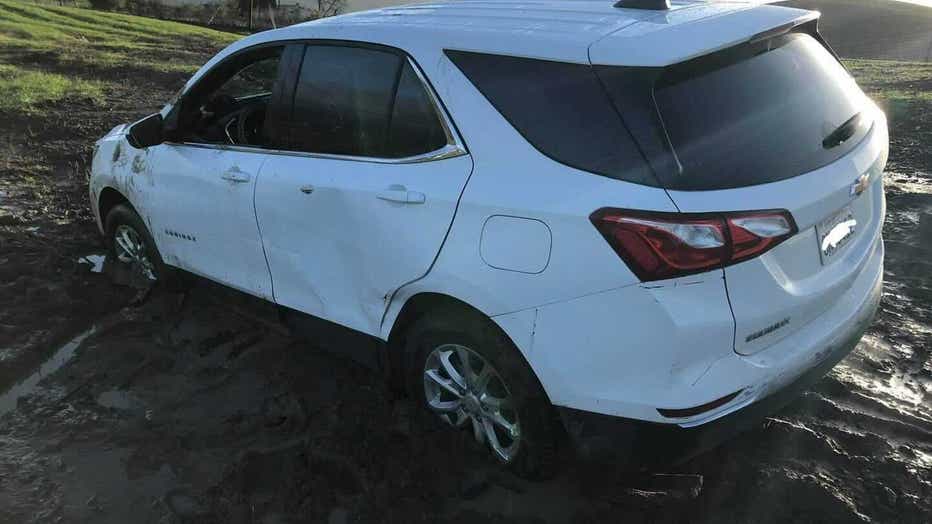 The SUV was stuck in a mucky field and deputies found "a pair of very muddy and wet people who had spent all night trying to dig the car out of the field," the sheriff's office said.

The pair, a man and a woman, told authorities they were heading from Bakersfield to Crescent City and had pulled off the highway due to the rainstorm. 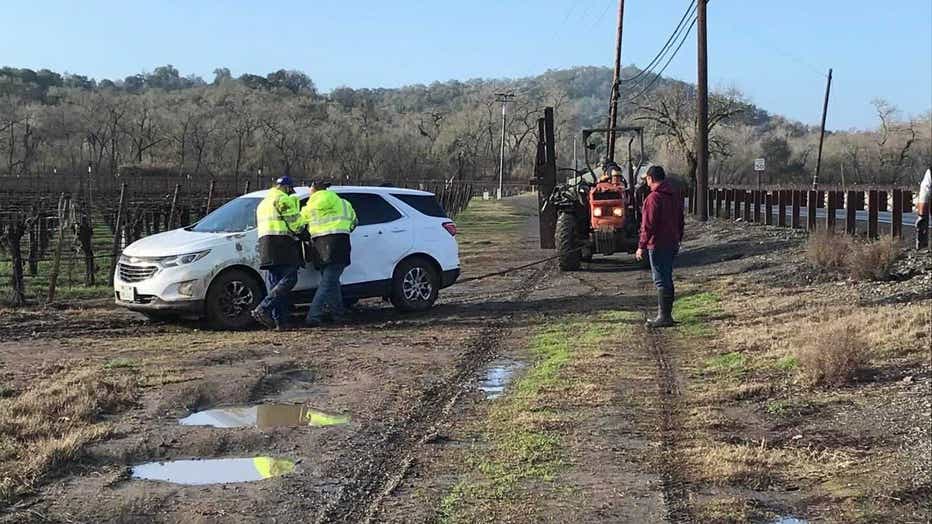 Deputies searched on their names and found one was on parole for burglary, and a check on the SUV's license plate showed it had been reported stolen out of Bakersfield.

When the vehicle was eventually dragged out of the mud, deputies found burglary tools inside. 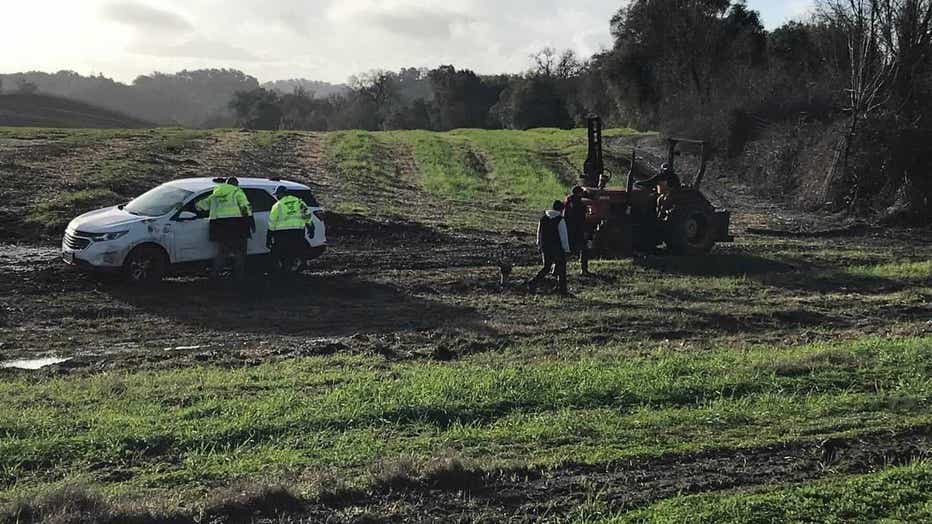 The suspects, a 36-year-old man and a 27-year-old woman, both from Bakersfield, were booked at Sonoma County Jail on suspicion of crimes related to possession of a stolen vehicle.