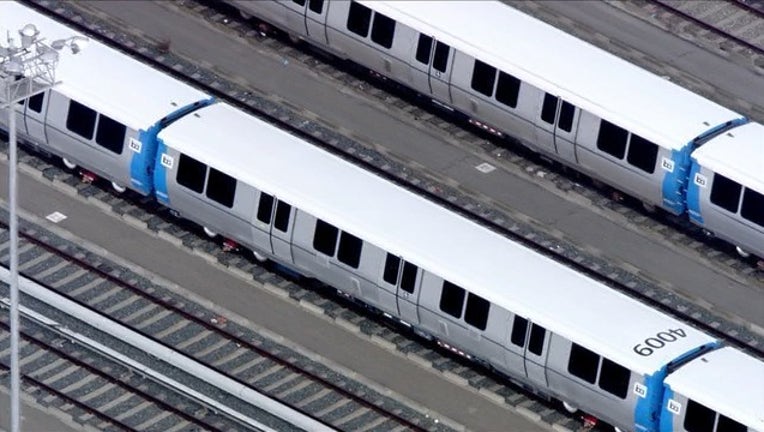 Shelton L. Dunson, 31, of Oakland, was arrested around 9:32 a.m. at the Coliseum station on suspicion of fare evasion and false identification to a peace officer after refusing to sign a notice to appear, police said.

Sterling Anderson-Crecy, 24, of Oakland, was detained around 8:48 p.m. at the West Oakland station on suspicion of fare evasion, police said.

Anderson-Crecy was arrested and booked at Glenn Dyer Jail, according to police.

With this in mind, the transit agency has beefed up police patrols, with increased enforcement throughout the system, not at any specific stations.

BART officials are also making it harder to avoid paying a fare by installing such things as higher barriers around the paid areas.