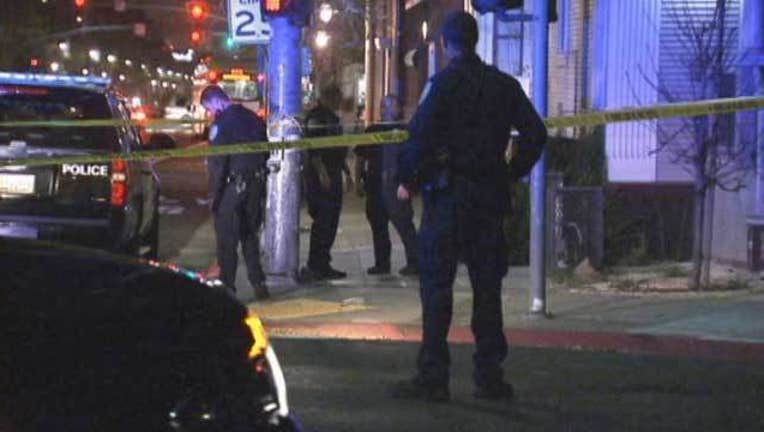 EMERYVILLE, Calif. (KTVU) -- Two men were wounded, one of them critically, in a shooting near the Oakland-Emeryville border on Thursday evening, police said.

Oakland police said that at about 6:45 p.m. on Thursday they received multiple calls about a shooting near the 3700 block of Mandela Parkway, near the parking lot of the Best Buy store.

Police said initial reports indicate that the shooting may have occurred outside the Best Buy store.

Officers who arrived at the scene found two men suffering from gunshot wounds and they were transported to a local hospital.

Oakland police said the exact location of the shooting hasn't yet been determined because initial reports from Emeryville police indicate that the shooting may have occurred at a different location several blocks away at 40th and Adeline streets.

Oakland police said their investigation into the shooting is continuing and no arrests have been made.