SAN JOSE, Calif. - Two snakes stolen over the weekend from San Jose have been found.

The snakes' owner, Brian Gundy, said a man came into his store, "For Goodness Snakes” and said he found the pair of reptiles in a Dumpster.

Gundy is still missing a snake and a specialty blue skink lizard, which he said were stolen Saturday from a duffell bag on the second level of the 4th and San Fernando Street garage. He put his belongings in a no parking zone before retrieving his car.

Gundy ran after a group of people he saw walk by his equipment but couldn't catch them. He doesn't think they knew what was inside. 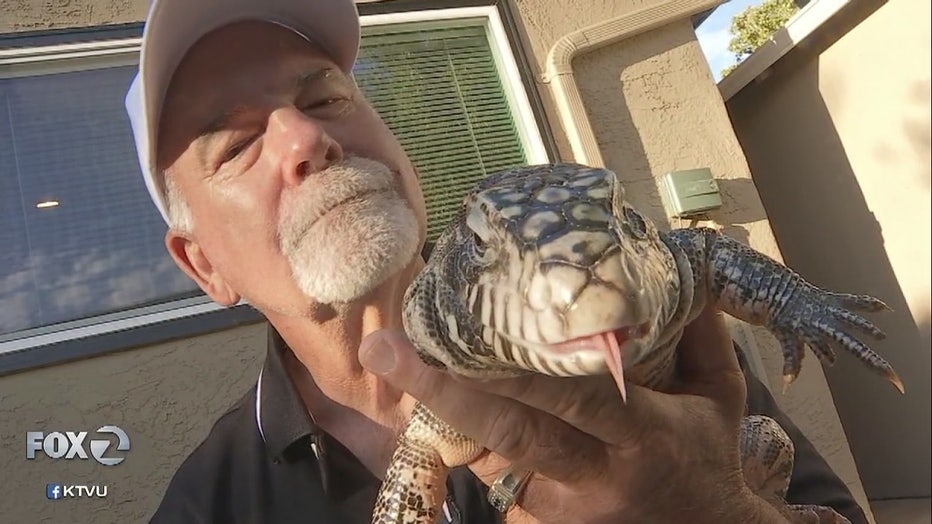 Thieves who stole a duffel bag in downtown San Jose ended up getting a huge surprise Saturday afternoon. Brian Gundy owns “For Goodness Snakes” and sells and breeds reptiles. Gundy said four of his snakes and a lizard were inside the duffel bag.