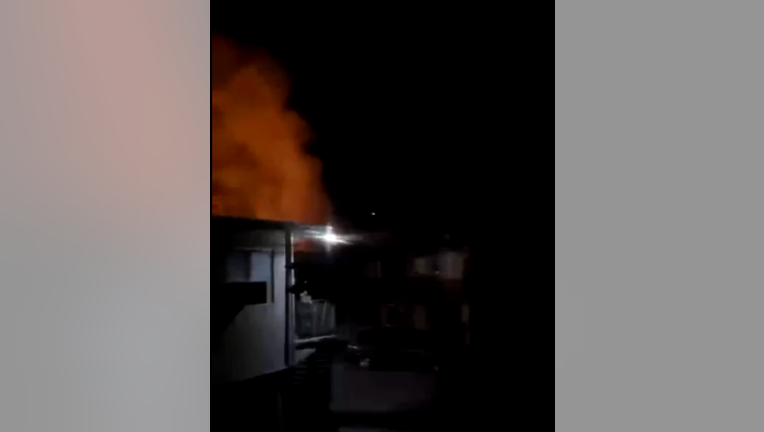 Flames began shooting out of the 2-story building on the 300 block of 105th Avenue near Interstate 880 in East Oakland, just after midnight.

There were no immediate reports of injuries, and it was too early to determine what sparked the fire.

Stay with KTVU and ktvu.com for updates.