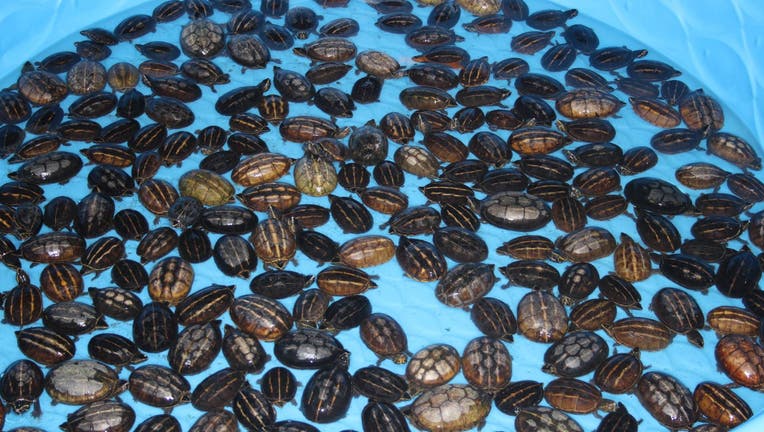 The Florida Fish and Wildlife Conservation Commission (FWC) has charged two suspects for poaching thousands of native turtles in Florida in what the agency says is the largest seizure of turtles in recent history.

“The illegal trade of turtles is having a global impact on many turtle species and our ecosystems. We commend our law enforcement’s work to address the crisis of illegal wildlife trafficking,” FWC Executive Director Eric Sutton said.

The two suspects were found in possession of hundreds of turtles that had a black market value of $200,000. Over 4,000 turtles were taken illegally and sold over a 6-month period, according to the agency. The sellers reportedly received cash and even traded turtles for Marijuana products on occasion. 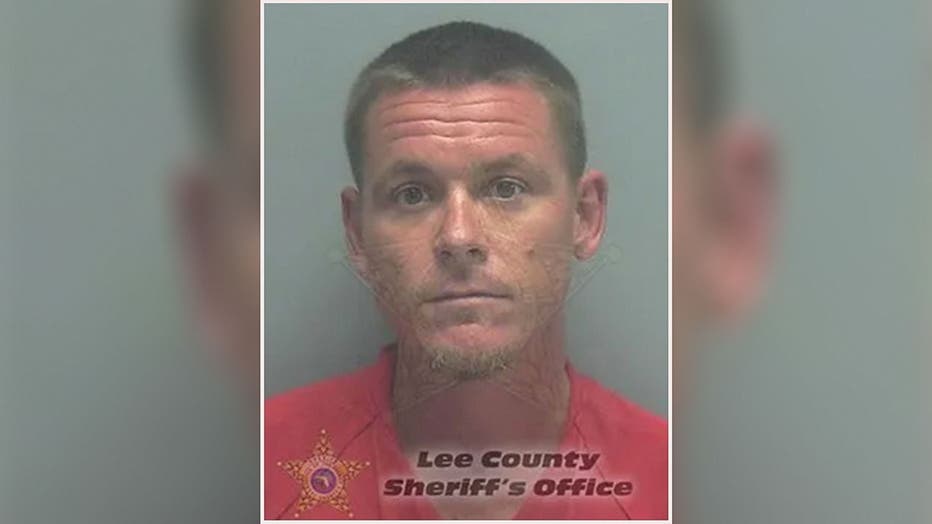 Michael Clemons, 23, was charged with two counts of taking over the bag limit of turtles, being over the possession limit of box turtles, selling and offering for sale turtles taken from the wild, and transporting wild-caught turtles without a permit, the agency reported.

The FWC says they launched a sting operation after receiving a tip in February 2018. As a result of a search warrant on Aug. 12, they determined that a "well-organized" ring of wildlife traffickers were illegally catching and selling wild turtles to large reptile dealers and illegal distributors who shipped a large majority of them overseas on the black market. 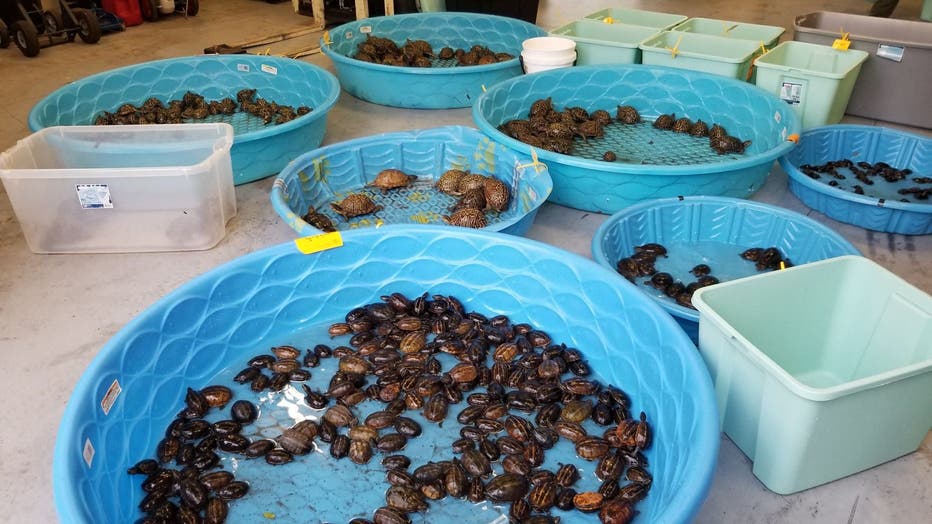 “Putting a stop to this criminal enterprise is a significant win for conservation,” said Col. Curtis Brown, head of FWC’s Division of Law Enforcement. “Arresting people engaged in illegal wildlife trafficking supports our environment and legal businesses. It is especially positive and rewarding to be able to release many of the turtles back into the wild.”

"We know that the global black market in live animals includes traffickers smuggling protected species of turtles out of the United States, usually for export to the Asian pet market,” Dr. Craig Stanford, Chairman of the International Union for the Conservation of Nature’s Tortoise and Freshwater Turtle Specialist Group told the FWC. “This sinister and illegal trade threatens the future of many species of North American animals, and as one of the most threatened animal groups on the planet, turtles are at the forefront of our concern.” 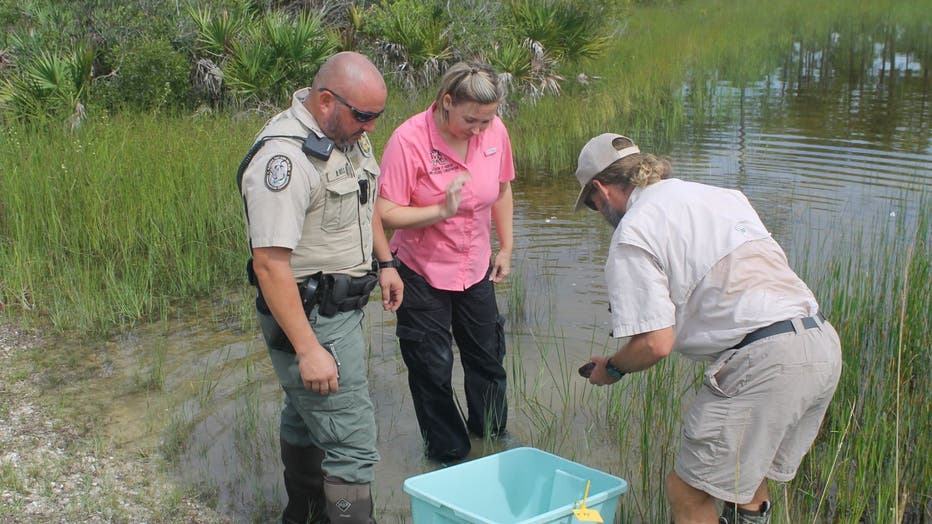 The pair reportedly targeted habitats known for the specific species, eventually depleting the turtle populations so much that they had to expand to other areas of the state to meet their growing demand.

“Wild turtle populations cannot sustain the level of harvest that took place here,” said Dr. Brooke Talley, the Reptile and Amphibian Conservation Coordinator for the FWC. “This will likely have consequences for the entire ecosystem and is a detriment for our citizens and future generations.” 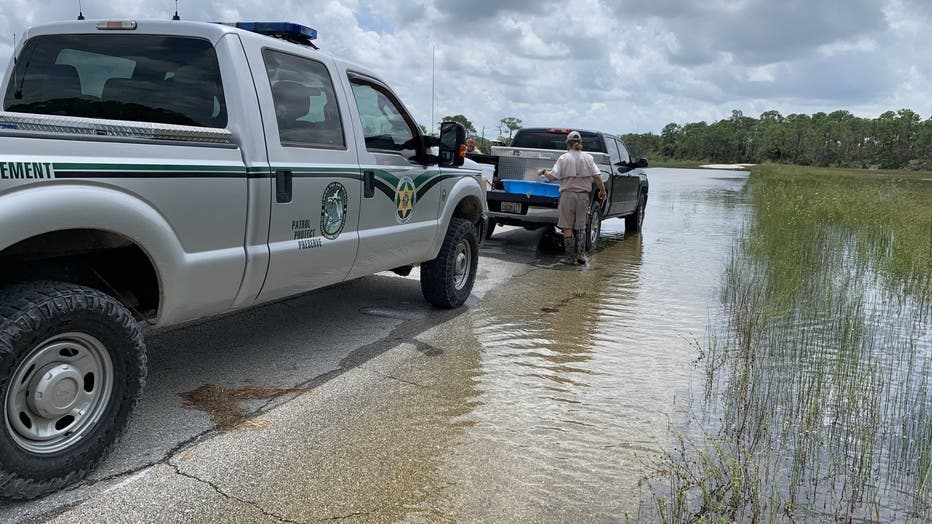 Investigators also found the pair to be in possession of the skull and shell of a protected Kemp's Ridley sea turtle, the rarest species of sea turtle that's also on the critically endangered list. 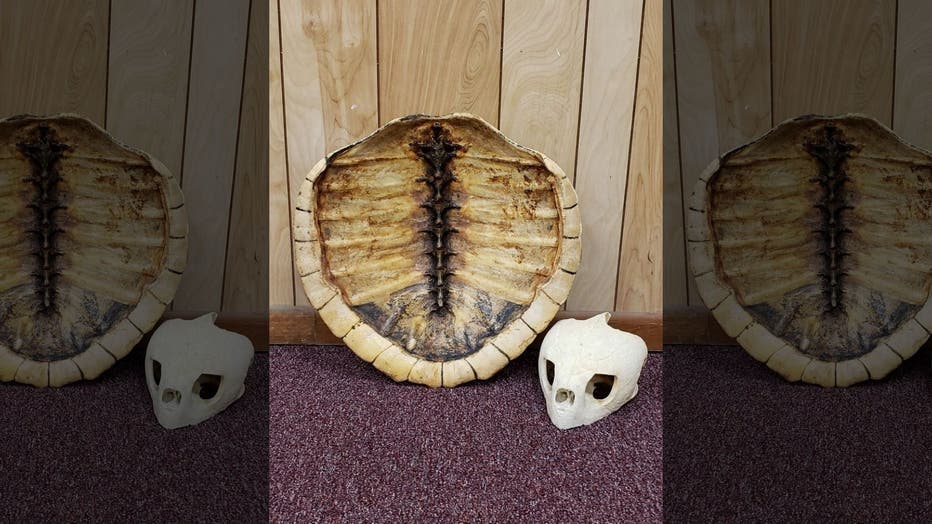 The seized turtles were given a health evaluation and had their species identified by biologists at the FWC. The agency says over 600 turtles were returned to the wild and two dozen were quarantined and released at a later date. The illegal commercialization of wildlife ranks fourth behind guns, drugs and human smuggling, according to the agency.