Flags across the United States Saturday morning, were lowered at half-staff in honor of the late civil rights legend, Rep. John Lewis.

President Trump issued a proclamation ordering all American flags fly at half-staff at the White House, and at all other public buildings and military bases.

As a mark of respect for the memory and longstanding public service of Representative John Lewis, of Georgia, I hereby order, by the authority vested in me by the Constitution and the laws of the United States of America, that the flag of the United States shall be flown at half-staff at the White House and upon all public buildings and grounds, at all military posts and naval stations, and on all naval vessels of the Federal Government in the District of Columbia and throughout the United States and its Territories and possessions through July 18, 2020.  I also direct that the flag shall be flown at half staff for the same period at all United States embassies, legations, consular offices, and other facilities abroad, including all military facilities and naval vessels and stations.

IN WITNESS WHEREOF, I have hereunto set my hand this eighteenth day of July, in the year of our Lord two thousand twenty, and of the Independence of the United States of America the two hundred and forty-fifth. 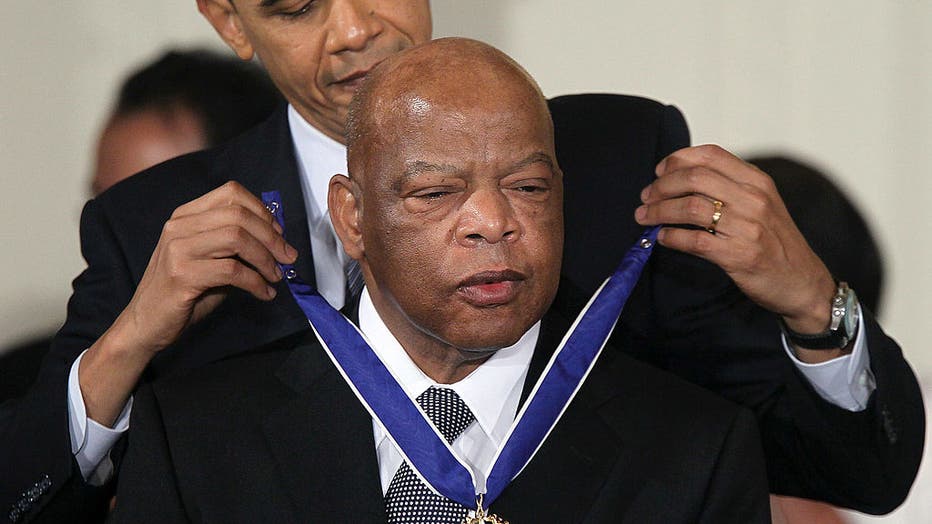 Rep. John Lewis is presented with the 2010 Medal of Freedom by President Barack Obama during an East Room event at the White House February 15, 2011 in Washington, D.C. 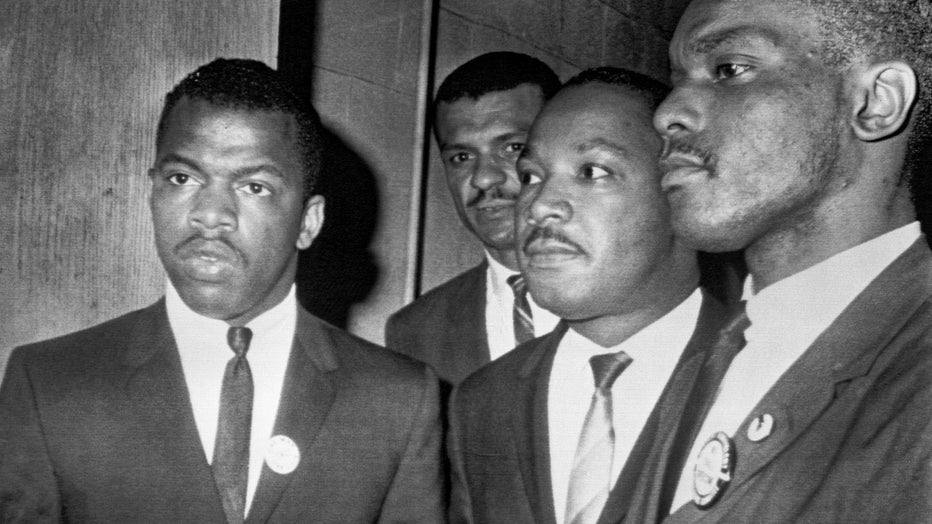 Reverend Martin Luther King Jr., (center) is escorted into a mass meeting at Fish University in Nashville. His colleagues are, left to right, John Lewis, national chairman of the Student Non-Violent Committee and Lester McKinnie, on of the leaders in