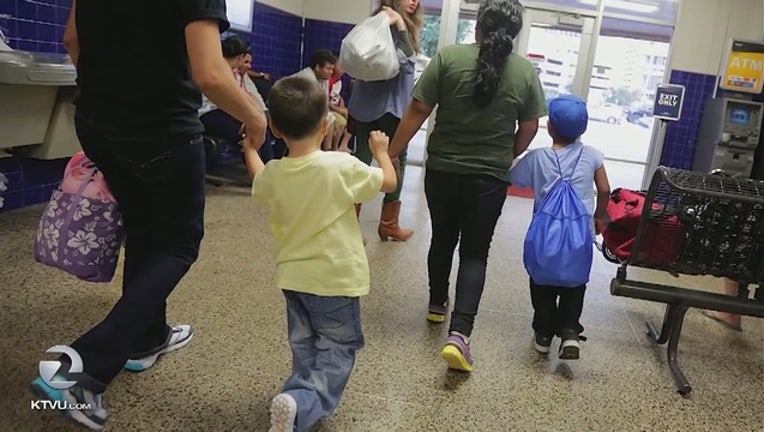 SAN FRANCISCO (KTVU) - A federal judge in San Francisco has ordered the administration of President Donald Trump to allow more than 300,000 immigrants from El Salvador, Haiti, Nicaragua and Sudan to remain in the United States for the time being.

The order will remain effect until a full trial is held on a lawsuit filed by nine immigrants and five citizen children.

Chen scheduled a hearing on Oct. 26 to discuss next steps and said he wants an expedited adjudication of the case.

The judge wrote in a 43-page decision that the plaintiffs had raised serious questions about whether the decision to terminate the protection was motivated by unconstitutional bias against non-white, non-European immigrants.

He quoted disparaging comments made by Trump about Central American and African counties, including his Jan. 11 remark asking, "Why are we having all these people from shithole countries come here?"

Chen also said the plaintiffs had made a substantial argument that the administration may have violated the procedural requirements of a federal administrative law "in order to implement and justify a pre-ordained result desired by the White House."

Temporary protected status is granted to people from countries facing upheavals such as natural disasters or civil war. It has been in effect for people from the four countries for eight to 21 years. The Trump administration scheduled the terminations, which would clear the way for deportations, for various times between next month and September 2019.

In weighing whether to grant a preliminary injunction, Chen also concluded that terminating the protection would cause great hardship to the TPS beneficiaries and their children, while temporarily blocking the terminations would not cause any real harm to the government.

Alycia Degen, a lawyer for the plaintiffs, said, "The court upheld the sanctity of families and the welfare of hundreds of thousands of U.S. citizen children."

In a statement provided by the American Civil Liberties Union, lead plaintiff Crista Ramos, 14, who is the daughter of a TPS holder from El Salvador, said, "I was so happy when I found out about the judge's decision. I have been wondering how I can live a normal life if I am about to lose my mom."

U.S. Justice Department spokesman Devin O'Malley said in a statement that the administration "will continue to fight for the integrity of our immigration laws and our national security."