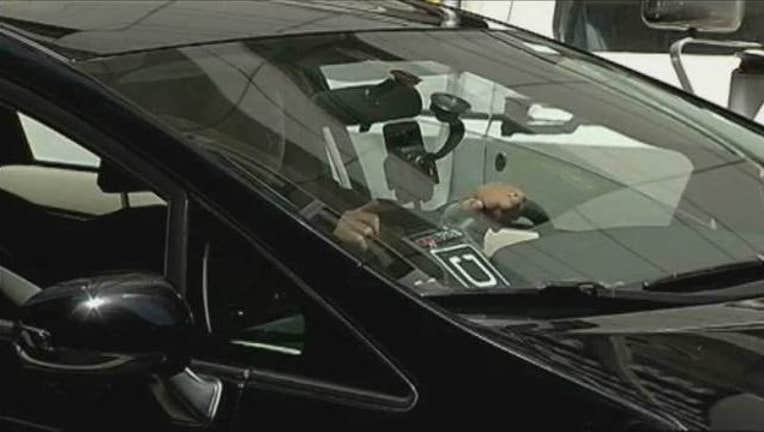 SAN FRANCISCO, Calif. (AP) - Uber and advocates for the blind have reached a lawsuit settlement in which the ride-hailing company agrees to require that existing and new drivers confirm they understand their legal obligations to transport riders with guide dogs or other service animals, an advocacy group announced Saturday.

The National Federation of the Blind said Saturday that Uber will also remove a driver from the platform after a single complaint if it determines the driver knowingly denied a person with a disability a ride because the person was traveling with a service animal.

The settlement resolves a lawsuit filed in 2014 in federal court that alleges Uber discriminates against passengers with service dogs. The lawsuit said Uber drivers refused to take passengers with dogs and in one case locked the passenger's service dog in the trunk.

"Access to reliable and effective transportation is critical to the ability of blind people to live the lives we want," said Mark A. Riccobono, president of the National Federation of the Blind. "Uber and similar services can be a great asset to the blind when they are fully and equally available to us."

Uber will also spend $225,000 to deploy people with the National Federation of the Blind and its California affiliate to evaluate the company's compliance with the settlement, the group said.

Under the agreement, Uber does not admit any liability, and it denies that it has violated any laws.

"Our goal at Uber is to make transportation options more accessible to all individuals, including those who are blind, low-vision or have other disabilities," the company said in a statement.