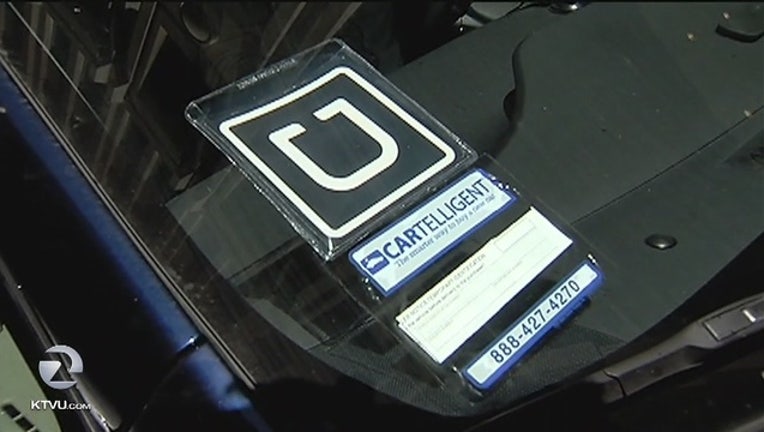 The settlement was signed Thursday in San Francisco, where Uber is based and where the district attorney led a lawsuit that said Uber falsely claimed its criminal screening of would-be drivers was the most comprehensive available.

San Francisco and Los Angeles prosecutors sued in 2014, saying Uber's background checks were inferior to what taxi drivers undergo because they did not include fingerprint checks for past convictions. Instead, Uber's process relies on a name search of other criminal databases and motor vehicle department files going back seven years.

Uber has defended the safety of its service despite a steady stream of allegations that its drivers have assaulted passengers, or, in the case of a driver in Michigan earlier this year, killed people. The app lets passengers share their location in real time, Uber points out, and the person who booked the ride is required to rate the driver after each trip, helping weed out unsavory characters.

In settling the California case, Uber did not admit wrongdoing and said it already has made many changes prosecutors sought.

For example, Uber stopped claiming its background checks were "industry leading" when it settled a separate case brought by riders. Under that $28.5 million settlement reached in February, Uber also renamed its "safe ride fee" as a "booking fee."

The district attorneys in San Francisco and Los Angeles said that if Uber does not comply with the settlement's terms, the company would have to pay an additional $15 million. Prosecutors ratcheted up pressure on the company in August, expanding the lawsuit with claims that Uber failed to uncover the criminal records of 25 California drivers, including several registered sex offenders and a convicted murderer.

"The result we achieved today goes well beyond its impact on Uber," San Francisco District Attorney George Gasc=n said in a written statement. "It sends a clear message to all businesses, and to startups in particular, that in the quest to quickly obtain market share, laws designed to protect consumers cannot be ignored."

Originally, the district attorneys also filed a claim against Lyft, another ride-hailing company. Lyft settled its case last year by agreeing to pay $250,000 and stop claiming its background checks were among the industry's best.

The deal also touched on airport trips. Under it, Uber agreed to more clearly disclose surcharges related to airport rides and to operate its lower-cost UberX service only at airports where it has been granted permission.

"We're glad to put this case behind us and excited to redouble our efforts serving riders and drivers across the state of California," Uber said in a written statement.