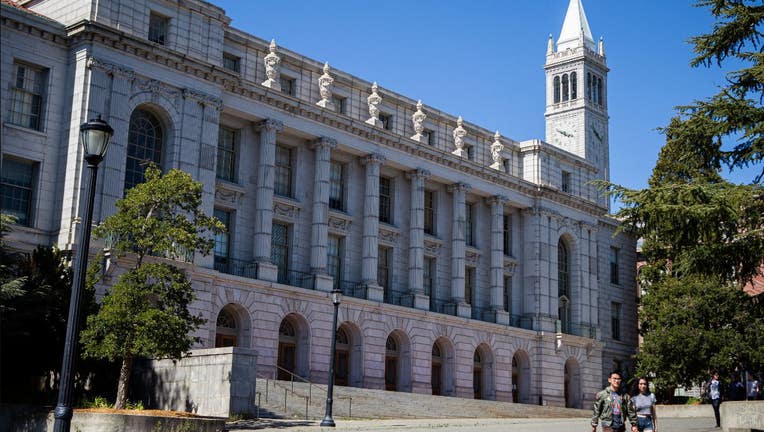 OAKLAND, Calif. - The University of California is planning to expand outreach at more than half of the state's community colleges in an effort to increase the number of students who successfully transfer from those colleges.

The 65 community colleges identified by UC serve a high proportion of low-income students and already have partnerships with UC, and UC plans to deepen those partnerships, according to a report provided Thursday to the academic affairs committee of UC's board of regents.

"This can increase transfer access and attainment," Gullatt added.

UC leaders also signaled, however, that they are resisting calls to implement a systemwide admission guarantee similar to the Associate Degree for Transfer program that offers community college students a guaranteed spot at the 23-campus California State University system.

UC also has a systemwide goal to enroll one California community college transfer student for every two California resident freshmen.

Subsequently, applications to UC from community college transfers declined by 11% for fall 2022.

To accomplish the additional outreach, UC campuses plan to spend $2.5 million set aside for the system's Student Academic Preparation and Educational Partnerships, according to the item presented to the regents.

The 65 community colleges range across all regions of the state, from Southwestern College near the state's border with Mexico to colleges in the far northern part of the state, including Mendocino College on the northern coast.

Mark Osea, a transfer counselor and articulation officer at Mendocino College, said during Thursday's meeting that it will be important for UC campuses to market themselves to students in rural parts of the state.

"Despite name recognition, some students don't know what the nine undergraduate UCs are, especially where there is no UC within commuting distance," Osea said.   Osea added that UC campuses must have a presence at rural colleges, and not just at their transfer fairs. He said that could include in-person visits from UC representatives, but also virtual events.

"How about live-streaming university tours or creating video tours and additional content that highlight the UC student experience?" Osea said.   To further ensure that community college transfers have an opportunity to attend UC, one regent suggested Thursday that UC follow CSU's lead and use something similar to the Associate Degree for Transfer pathway.

That program guarantees admission to community college students who meet CSU eligibility requirements, though not necessarily at their preferred campus.   The regent, Michael Cohen, said it would be "completely doable" to bring the ADT to UC, which is something that college access groups have also advocated.

Currently, there is no systemwide admission guarantee at UC for community college students, although six of UC's nine undergraduate campuses do have their own guarantee programs, and Gov. Gavin Newsom proposed in his January budget that UCLA become the seventh.

But within those guarantee programs, each campus has different course and grade requirements, and the guarantees exclude some majors.   "There's a model out there that is incredibly simple for our community college students," Cohen said, referring to the ADT. "They already have to learn about it if they're interested in CSU. And yet we create an entirely different layer of transfer protocols and requirements."

But UC's systemwide president, Michael Drake, was hesitant to endorse adopting the ADT across UC. He said during Thursday's meeting that just because CSU has successfully adopted the ADT, that doesn't mean UC can do the same.

"A system that works well for them, that's terrific and we're happy to have that work," Drake said. "That same system doesn't apply to us. It would if we were more like they were in the opportunities that students have, in the range of majors that we offer, and the focus of what happens at the University of California. If we were more like the CSU system, then the transfer system that they use would work better for us."