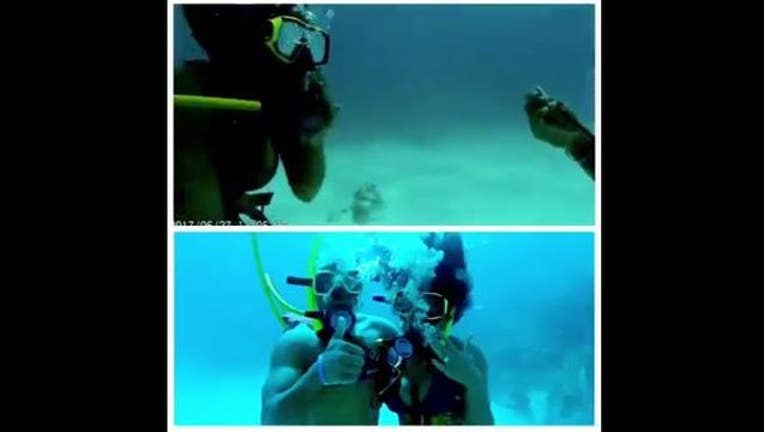 CHARLOTTE, NC (FOX 46) - A Charlotte man took an underwater adventure to another level when he got down on one flipper and proposed to the love of his life this week in the Bahamas.

Lonnie Lindsay tells FOX 46 Charlotte he took his sweetie Katie Blythe scuba diving in Nassau when he decided to ask her to spend the rest of her life with him. She said yes!

Lonnie said the proposal was six months in the making. He left clues with riddles describing a 'birthday surprise' in the month leading up to their vacation.

Katie's birthday fell on June 28, and Lonnie proposed to her the day before. "She was so surprised that she almost spit out her breathing device," he told FOX 46.

This was a birthday surprise Katie will never forget.

"Even though she almost drowned and got eaten by a school of fish, we are beyond blessed right now and excited to see what the future holds for us!" Lonnie posted on Facebook.

Congratulations to the happy couple!