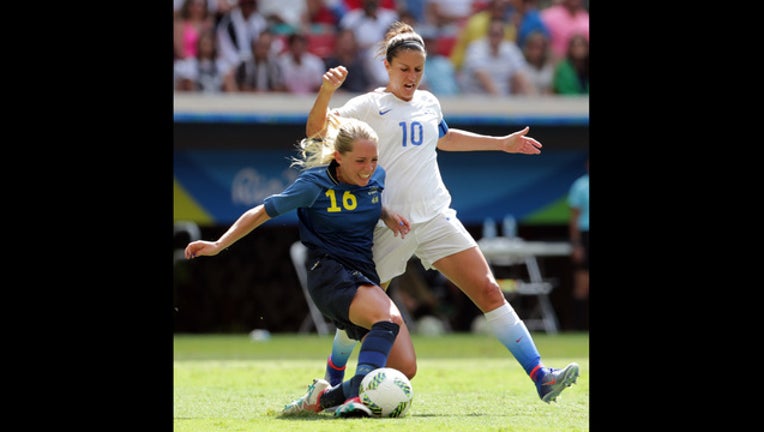 Sweden's Elin Rubensson, left, and United States' Carli Lloyd fight for the ball during a quarter-finals match of the women's Olympic football tournament between the United States and Sweden in Brasilia Friday Aug. 12, 2016.(AP Photo/Eraldo Peres)