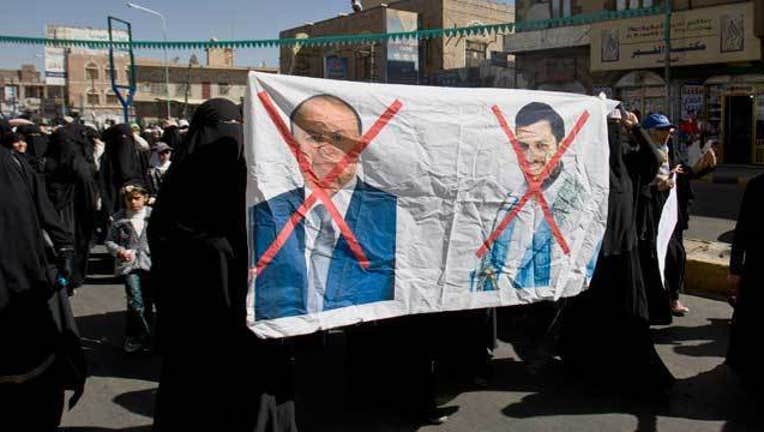 WASHINGTON (AP) — The State Department confirmed late Tuesday that it has closed the U.S. Embassy in Yemen and evacuated its staff because of the political crisis and security concerns following the takeover of much of the country by Shiite rebels.

The department announced it had suspended operations at the embassy in Sanaa and relocated its remaining diplomatic personnel "due to the ongoing political instability and the uncertain security situation." The embassy had been operating with only a skeleton staff for some weeks amid deteriorating conditions.

Yemen has been in crisis for months, with Iran-linked Shiite Houthi rebels besieging the capital and then taking control. Earlier Tuesday, U.S. officials said the embassy closure would not affect counterterrorism operations against al-Qaida's Yemen branch.

"The United States remains firmly committed to supporting all Yemenis who continue to work toward a peaceful, prosperous and unified Yemen," State Department spokeswoman Jen Psaki said. "We will explore options for a return to Sanaa when the situation on the ground improves."

Two U.S. officials said Marines providing the security at the embassy will also likely leave, but American forces conducting counterterrorism missions against al-Qaida's Yemen affiliate in other parts of the country would not be affected. The U.S. officials spoke on condition of anonymity because they were not authorized to discuss the closure publicly on the record.

Although operations against al-Qaida's Yemen affiliate will continue, the closure of the embassy will be seen as a blow to the Obama administration, which has held up its partnership with ousted Yemeni President Abed Rabbo Mansour Hadi's government as a model for his strategy in combatting terrorism, particularly in unstable countries.

"Yemen has never been a perfect democracy or an island of stability," President Barack Obama said late last month as conditions in the capital of Sanaa became worse. "What I've said is, is that our efforts to go after terrorist networks inside of Yemen without an occupying U.S. army, but rather by partnering and intelligence-sharing with that local government, is the approach that we're going to need to take."

The embassy closure will also complicate the CIA's operations in Yemen, U.S. intelligence officials acknowledge. Although CIA officers could continue to work out of U.S. military installations, many intelligence operations are run from embassies, and the CIA lost visibility on Syria when that embassy was evacuated in 2012.

The CIA's main role in Yemen is to gather intelligence about members of al-Qaida in the Arabian Peninsula and occasionally kill them with drone strikes. Both the CIA and the military's Joint Special Operations Command run separate drone killing programs in Yemen, though the CIA has conducted the majority of the strikes, U.S. officials have said.

There were 23 U.S. drone strikes reported in Yemen last year, 26 in 2013 and 41 in 2012, according to Long War Journal, a website that tracks them through media reports.

The Houthis last week dissolved parliament and formally took over after months of clashes. They then placed President Hadi and his Cabinet ministers under house arrest. Hadi and the ministers later resigned in protest.

Bayda is the gateway to the country's south, which remains in the hands of pro-independence southerners and to the strategic oil-rich Maarib province, to the east, also still not in rebel hands.

The embassy in Yemen was operating with only a small portion of its usual diplomatic staff and had closed to the public for all but emergency services in January. It had been operating with reduced manpower since September 2014, when the State Department ordered all non-essential personnel to leave the country.

In May, 2014 the embassy in Sanaa was closed for several weeks due to heightened security threats.