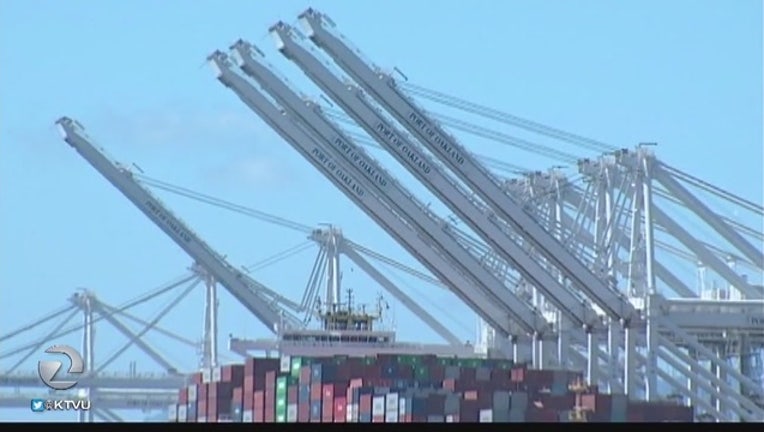 SAN FRANCISCO - A federal judge in California on Tuesday struck down the city of Oakland's ban on coal shipments through its port, siding with a developer who wants to use a proposed marine terminal to transport coal from Utah to Asia.

Oakland's City Council did not have enough evidence when it made the decision that the coal operations would pose a substantial health or safety danger to the public, U.S. District Judge Vince Chhabria in San Francisco said.

"In fact, the record is riddled with inaccuracies, major evidentiary gaps, erroneous assumptions, and faulty analyses, to the point that no reliable conclusion about health or safety dangers could be drawn from it," Chhabria said.

The city attorney's office did not immediately have comment.

City leaders approved construction of a rail and marine terminal in 2013 as part of a larger makeover of an Army base that was shuttered in 1999.

They moved in 2016 to ban shipments of coal and petroleum coke, a solid derived from oil refining, after Utah lawmakers approved investing $53 million to help ship the state's coal through Oakland to Asia.

The $250 million terminal is in west Oakland, a historically African-American neighborhood that is among the poorest and most polluted in the region.

One of the developers of the project, Phil Tagami, sued for breach of contract in 2016. Tagami has deep ties to the city and California Gov. Jerry Brown, a former Oakland mayor.

Brown, whose environmental efforts have made him a global leader in the fight against climate change, has not spoken out publicly against the project.

Oakland City Council members and Mayor Libby Schaaf said Tagami assured them coal would not be part of the project when they initially voted for it.

Lawyers for the developers said city officials always knew there would be a mix of goods, including coal, and that council members never prohibited any products.

They argued that the city had succumbed to political pressure from environmental groups and relied on a vague and flawed analysis to justify its ban.