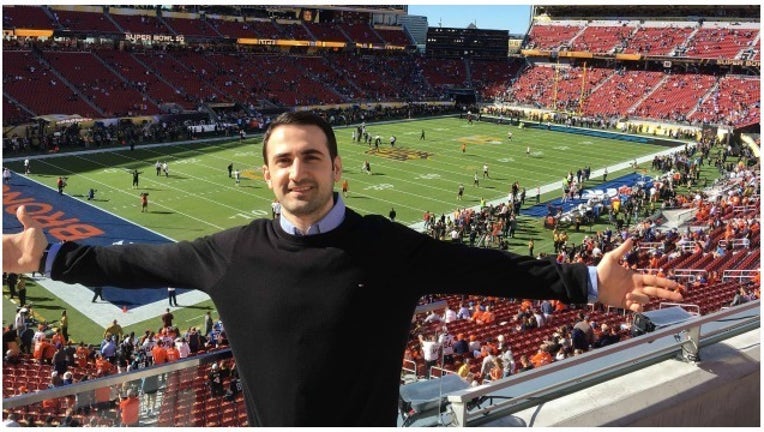 Less than a month after being released from an Iranian prison, United States Marine Amir Hekmati was able to attend the Super Bowl.

“I’m so happy to be home and to have this moment with my brother-in-law, Ramy,” Hekmati said on Facebook Sunday.

The 32-year-old was the longest-held American prisoner in Iran. On January 16, he was released as part of a deal with Iran after spending 4.5 years in prison.

"I was at a point where I had just sort of accepted the fact that I was going to be spending 10 years in prison, so this was a surprise and I just feel truly blessed to see my government do so much for me and the other Americans," said Hekmati after the release.

Hekmati was detained in August 2011 on espionage charges. He said he went to Iran to visit family and spend time with his ailing grandmother. After his arrest, family members said they were told to keep the matter quiet.

Hekmati was born in Arizona and raised in Michigan. His family is in the Flint area. He and his family deny any wrongdoing, and said his imprisonment included physical and mental torture and long periods of solitary confinement in a tiny cell.

"I tried my best to keep my head up and withstand all the pressures that were put on me, some of them were very inhumane and unjust," he said. "Hearing about some of my fellow Marines supporting me really gave me the strength to put up with over four years of some very difficult times."

Sunday, Hekmati watched in person as the Denver Broncos dominated the Panthers in Super Bowl 50.

“Four weeks ago Marine Hekmati was in an Iranian prison with no hope,” FOX News anchor Greta Van Susteran said on Facebook. “I love these pics and I am so glad our marine is finally home!”

The Associated Press contributed to this article